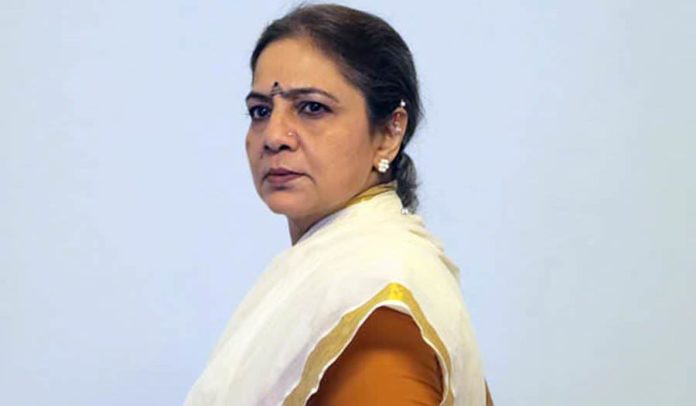 Film & theatre veteran, senior actress Neelkanti Patekar is now making her debut on the small screen. She will be seen playing ‘Bayo Ajji’ in Star Pravah’s new serial ‘Goth’. Goth is part of the new lot of TV serials that Star Pravah are launching according to the changing tastes of audiences.

Even today our society is male dominated hence a serial like ‘Goth’ becomes absolutely essential. It propagates the message that women should have decision making rights about themselves. Goth is directed by Vighnesh Kamble under the banner Filmfarm. The serial is set in Konkan & it’s world revolves around the people belonging to the lower strata & how they are suffering under the powerful & influential upper strata of the society.

Neelkanti Patekar has previously produced two TV serials but as an actress Goth is her first serial. Neelkanti Patekar has worked been a part of few important films & theatre. She is known to be very specific about her choices & hasn’t been a part of any rat race. But she said that Goth excited her as the topic was so relevant. She doesn’t believe in serials which manipulate their characters for the sake of TRP. Her character in Goth is not on such lines & has an emotional depth to it. That’s why she took up the role!

Neelkanti also stressed that ‘Goth’ has a cinematic feel to it. Every character has been written uniquely. The whole team was completely aware about their vision. Hence working in this serial was satisfying for her. She also believes that the audiences will react positively towards Goth. & appreciated Star Pravah for coming up with such socially relevant topics for TV serials.