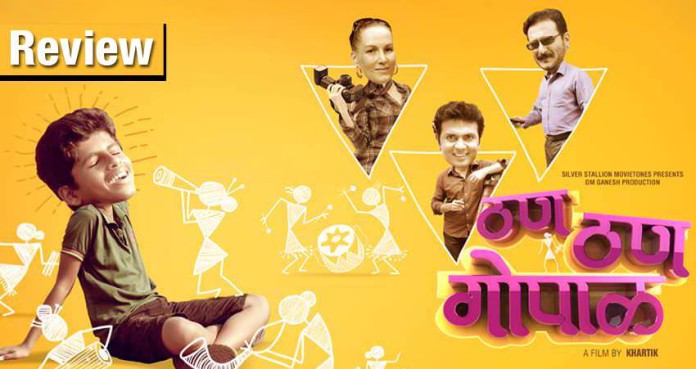 In director Karthik Shetty’s Than Than Gopal, child actor Vivek Chabukswar’s convincing act as a visually challenged moves you. Unfortunately, apart from this aspect, the film gets everything else wrong. It turns out to be a case of a noble concept messed up.

The film centers round the adolescent Gopal (Vivek Chabukswar). He is visually challenged since birth. That’s not his only tragedy though. Four years ago, his parents passed away in a road accident. Ever since that incident, he has been staying at an orphanage in Mumbai. Despite such major issues, Gopal is mature enough to take life positively and be cheerful most of the times. 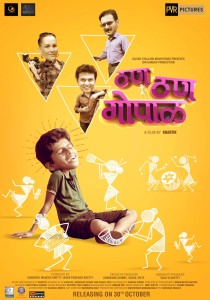 He decides to stay at his maternal uncle’s (Milind Gunaji) place in the same city for his summer vacations, much to the disappointment of the latter. For the outside world, his uncle is a social worker. But in reality, he is not only a fraud but also a womanizer. He shows utter carelessness towards Gopal despite his condition. Just then, a struggling painter (Milind Gavali) enters their chawl and becomes a Godsend angel for Gopal.

There is no doubt that Than Than Gopal has noble intentions. It makes a point that a visually challenged person can carry out any task in the world provided he is given proper motivation and support. The film also makes an appeal for eye donation. But noble intentions aren’t enough to make a good film.

The praiseworthy basic plot is executed poorly through some wayward screenplay, amateurish dialogues and unconvincing presentation. The writer takes the entire first half just to introduce characters and their psyche with almost no story development. Although the tale finally moves ahead positively later in the second half, the waywardness continues. This part also offers some unintentionally hilarious moments. The biggest one is the behavior of news reporters. 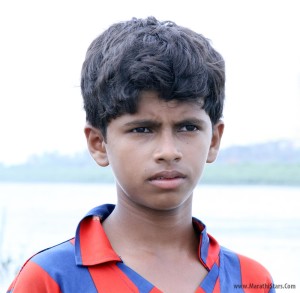 There are also issues with the characters of the uncle and Gopal. The uncle’s selfish and fraudulent ways are irritating, especially the way he leaves his visually challenged nephew to fend for himself alone. Gopal is shown to be someone who has achieved wisdom at a small age. But in between, he keeps on behaving immature and silly, which appears weird.

Coming to the technicalities, the DoP has taken some creative shots. As far as the music is concerned, none of the songs are worthy of taking home.

Vivek Chabukswar has received the National Award for Best Child Actor for his performance in this film. Looking at his act, he deserves this honor. Playing a visually challenged character and at the same time displaying starkly opposite emotions can be draining for any qualified actor. The flaw in his characterization doesn’t affect his performance that much.

Milind Gavali gets to play a lovable character and he makes it look believable. On few occasions though, he overdoes. Milind Gunaji doesn’t impress. His character sketch is also responsible for this. The actress playing a foreigner lady provides a decent act. However, making her speak in Marathi doesn’t work.

Despite a heartwarming act by Vivek Chabukswar, Than Than Gopal doesn’t impress due to the content. The absence of proper marketing and publicity will work against it at the box office.