Audiences are broadly categorized either as ‘masses’ or ‘classes’, based on their preferences. But over the years another sub-category under ‘classes’ has evolved called ‘festival audience’. Umesh Vinayak Kulkarni’s Highway falls under this category. The film is strictly for those who are fine with watching something thoroughly experimental.

Highway features a road journey from Mumbai to Pune involving the following characters:-

Initially, it appears as if the first half is a build-up for the main story. Journey of the aforementioned characters is shown randomly one after the other without any link between them. However, it doesn’t trigger boredom at all due to the fast-paced conversations, constant humor, which is real and subtle, and your expectation for some story development in the second half. 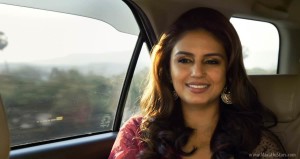 But that doesn’t happen. Post-interval you realize that there is no basic plot as such or something that knits together all tales. No doubt, various questions raised that make you ponder over certain things. But it isn’t enough, more so with a high length of 137 minutes. A film of such genre needs to be narrated in a duration well under 120 minutes.

Technical aspects play a large role in making the film watchable. The film is smartly edited. It isn’t easy for an editor in such genre of films. Sudhakar Reddy’s camerawork complements the subject. The use of shaky hand-held camera adds to the realism. Amit Trivedi’s tunes are melodious.

The performances keep you interested. Girish Kulkarni is the best of the lot. He has displayed his amazing talent while playing a complicated character. Renuka Shahane Rana too gives an adorable performance. Sunil Barve and Vrushali Kulkarni perfectly fit their respective characters.

Huma Qureshi and Tisca Chopra, making their Marathi debuts, succeed in speaking through expressions. Both of them only speak Hindi though, as per their characters. Mukta Barve, Kishore Kadam and the actress playing his wife also chip in with fine acts. The rest of the actors too display their goodness.

Highway is an experimental product only suited for the festival audience.