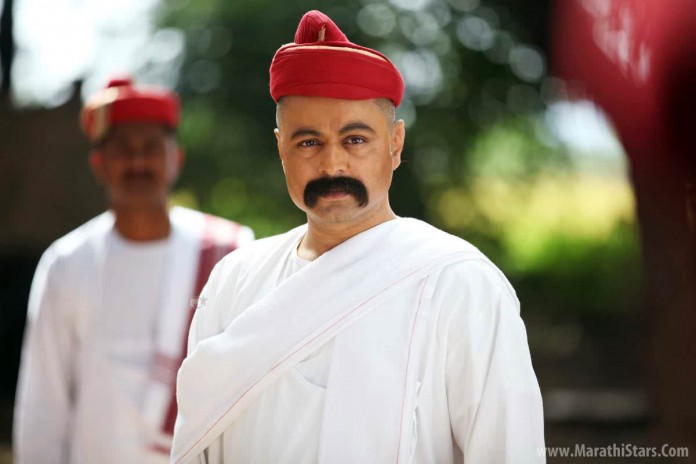 The movie attempts to present the past of India’s regime of freedom struggle in the present and a string of story binds this good learning and values of past which can be ladder to a better, secured and cultured Indian society.

Sensational Mumbai of 1908 starts the movie with a backdrop of royal victoria sketched.
A lightning emerged in dark court room with the charm of Entry of Tilak.

Shows the India of today which is corrupted by mind and morals and the same is presented by news articles drops and images with nanas voice creating an appeal, making it feel that change needs to be brought.

The voice which inspired youths for India’s independence is so very special yet the youngsters show less inclination towards such patriotism due to urge of pursuing of living modern lifestyle.
We always speak of blending tradition and history with modernity but in this race we forget giving regards to such inspiration. 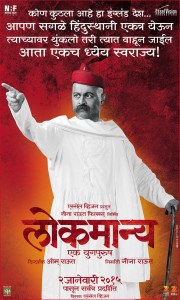 Indians should understand that world class education should be first for serving our nation, superb thought coined by Tilak.

Pune 1879 Deccan college painted as if in actual going back the times, credits to set a d location team.

Child marriage, racism which was strongly criticized by Tilak then is now almost out of our system courtesy him.

Incepting new generation by giving quality education was amongst the main charter of Tilak’s agenda.
His journey of school inception bounded in a meaningful melodious song.

Start of Marathi press media vide kesari and Maratha shown in the journey.

Have to praise the movie for best subtitles in Marathi till date.

Being warranted and arrested Tilak showed utmost calm.
Presents the essence and importance of meditation and determination.

Ganpati festival which was started by Tilak then and which is celebrated by big pomp and show nowadays keeping aside tradition highlighted and true meaning shown to all of us.

We learnt history in childhood but it was incomplete the movie actually gave an insight about the superhero.

Tilak’s other side of being a Family oriented man drawn perfectly.
The movie shows the emotional side of the iron man, a fathers and husbands mind cries at death of child and wife, however strong public leader he is.

Many facets of Tilak’s vision revealed with the movie, the first draft proposing konkan railway was tabled by him in 1897.

The atrocity of epidemic plague which once ate people life, is somewhere now taken a new form, an epidemic of corruption and wrong school thoughts is eating the society.

The tyranny under commissioner rand was inhumane.
Books wrote a much milder form of the same.

To assassinate devil minded officials is legal incorrect but ethical is correct this saying of Tilak inspired Chaphekar and the demon commissioner Rand was killed.

Musical powada of assassination is a classic piece of bravery tale blended in poetry.

Blasting title of editorial written and narrated by Tilak: ‘Is the governments head in its place?’, won claps and hearts.
Defines the lion heartedness of Tilak.

Girl education importance stated and followed by Tilak exemplary way by educating his daughter in era where girls were forbidden from education.

Inception of bombay swadeshi co operative stores was envisioned and executed by Tilak.

Gandhi’s peace was challenged by Tilak and really the journey of movie says it all that somewhere the struggle of revolt was essential.

‘Swaraj is my Birth Right and I shall Have it.’ makes Audience rise in applause.
Such is the power and command of the charisma of the Freedom Fighter.

Versus of the sacred Hindu Holy Book Bhagvad Gita linked aptly to the story backdrop.
‘Goal is to act and not expect any rewards from the same.’

Person who underwent legal prosecution sentence of 6 years just for sake of people, little did people remember his glory.

The passion about work which Tilak explains to his son is a must watch, every father should educate their child with this values.

Never get defeated, dejected the struggle never ends and we can start always with new enthusiasm is the biggest learning we take back with us.

The movie speaks vividly about Tilaks Saga, and makes us feel that Tilak is born again in this era, his principles are rejuvenated and will surely give a stimulus to the society to change it to better.
Will make you actually live the Tilak Era.

For those who want to learn history, and are having constraints in reading books, for them its a 133 minutes capsule, which very effectively touches our heart and educates us to revolt against unjust.

Amol Lanke is a banker by profession working for Trade Treasury. He is big fan of marathi movies.