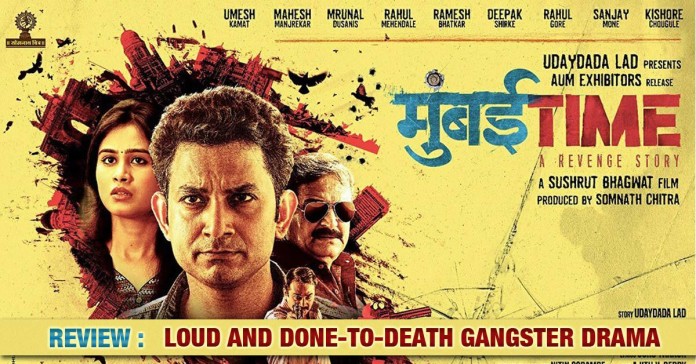 Post Guru, Mumbai Time is another film that seems to have been strongly influenced by the loud cinema from the South.

Mumbai Time is a gangster film that shows how a young man from a lower middle class background gets caught in the world of crime and then traces his journey there. We have seen many such films in Hindi and also in Marathi like the recent Dagadi Chawl. This film is no different than the ones that have already released. These kinds of gangster films are dime a dozen. 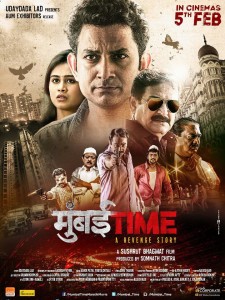 Amar Surve (Umesh Kamat) has an issue with a villain in a South Indian gang who’s head honcho played by Deepak Shirke. Amar has to go through the entire hierarchy to exact his revenge. He cannot directly take revenge. There is also another Muslim Gang whose leader is played by Ramesh Bhatkar. Mahesh Manjrekar plays the role of an ACP who is only shown playing chess most of the time.

The film starts on a loud note and bizarrely that loudness is maintained right throughout. The film somehow has very few scenes which are at a low pitch and this works against the film. The drama unfolding on screen loses its impact. Umesh Kamat is an interesting casting as we have seldom seen him in such roles; his performance is one of the better parts of the film. Apart from him all other actors are theatrical or over the top. This results in the film becoming very loud. Marathi films of the recent past seem to have borrowed this over the top story telling from their southern counterparts. Guru clearly had an influence of Telugu and Tamil commercial potboilers. Mumbai Time too seems to be influenced by cinema from the South.

Another negative aspect of the film is that it is predictable. Nearly every point in the story can be guessed from a distance.

A loud and predictable gangster film that has nothing new in it. 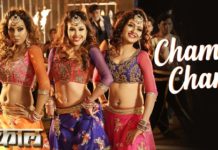 Cham Cham ‘Bakaal’ Song: Try Stopping Yourself From Grooving to This! 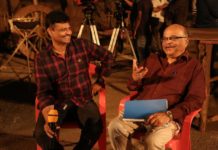 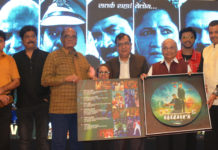