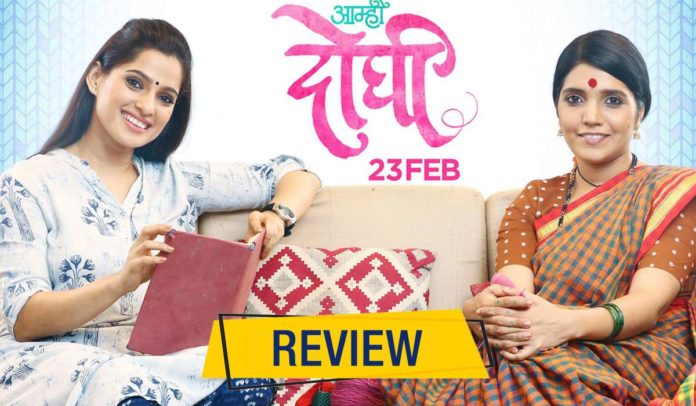 ‘Aamhi Doghi’ is based on a story by writer Gauri Deshpande. Not a lengthy novel but a compact 12 page story. However the time frame of the film (& the story) is larger & covers a span of around 10-12 years. The title of the film is a bit misleading as the film is more of an individual’s journey in the crucial years of her life. ‘Savitri’ or ‘Savi’ played by Priya Bapat is that individual & also the narrator of the film. She warns us both at the beginning & at the end of the film that since she’s the narrator she would always be in the foreground by force & in the background lies her step mother ‘Amla’ or ‘Ammi’ played by Mukta Barve. This isn’t a huge issue but I must warn Mukta Barve fans that she won’t have a lot of screen time, though her character is still essentially important to the film. 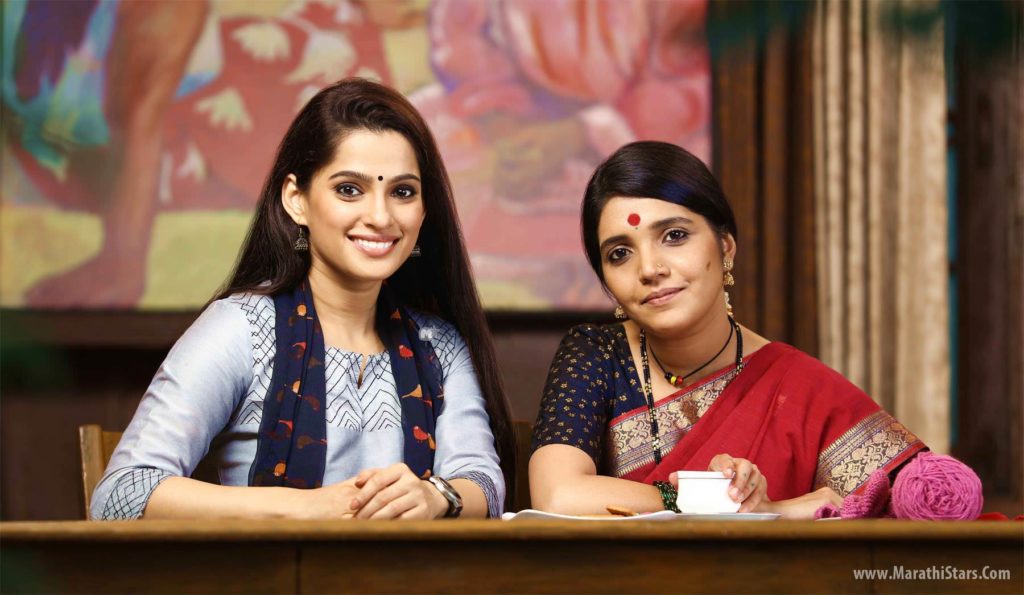 Equally important is Savi’s father ‘Appa’ played by the mighty effective Kiran Karmarkar. Even the rest of the cast that includes Savi’s friends, colleagues, & her love interest are important to the story in their own little ways. Savi is unlike any female protagonists we’ve seen in Marathi cinema. She represents the independent woman of today’s age & not in a caricature-like way. In a way this is the biographical story of Savi’s life & how she groomed herself to become the independent woman of today’s age. ‘Appa’ is the opposing force in her life & he consciously groomed her to become a lot like himself. But from her teenage years Savi didn’t feel the need to let ‘Appa’ decide for her, the first moment of Savi’s journey towards attaining independence begins here, enters ‘Ammi’ Appa’s newly-wed wife only 7-8 years older than Savi, n exact opposite of Savi in every way. Savi grew up without a mother & adapted herself accordingly. Ammi meets Savi at a point where Savi isn’t searching for a mother. Savi has a best friend already! So how & why does she connect with Ammi? She does, but how & why needs to be seen in the film.

Now the problem with this first half that deals with Savi’s teenage years is that the film doesn’t bother much to create a period in which things are happening. Since the story begins with a flashback, building a period is very essential to capture the realness of the lives of those people. The visual tone of the film too remains bland throughout. The good thing is that the film gives scope to silence! It doesn’t spoon feed the audience by bombarding loud background score telling them what to feel all the time. By the end of the first half we are unconvinced about Mukta Barve’s existence in the film. But later in the second half her character returns to give the defining meaning to the film. A meaning that shapes the whole film & Savi’s conflict in a completely different way! It gives a lot of food for thought to the audiences after they leave the cinema hall. 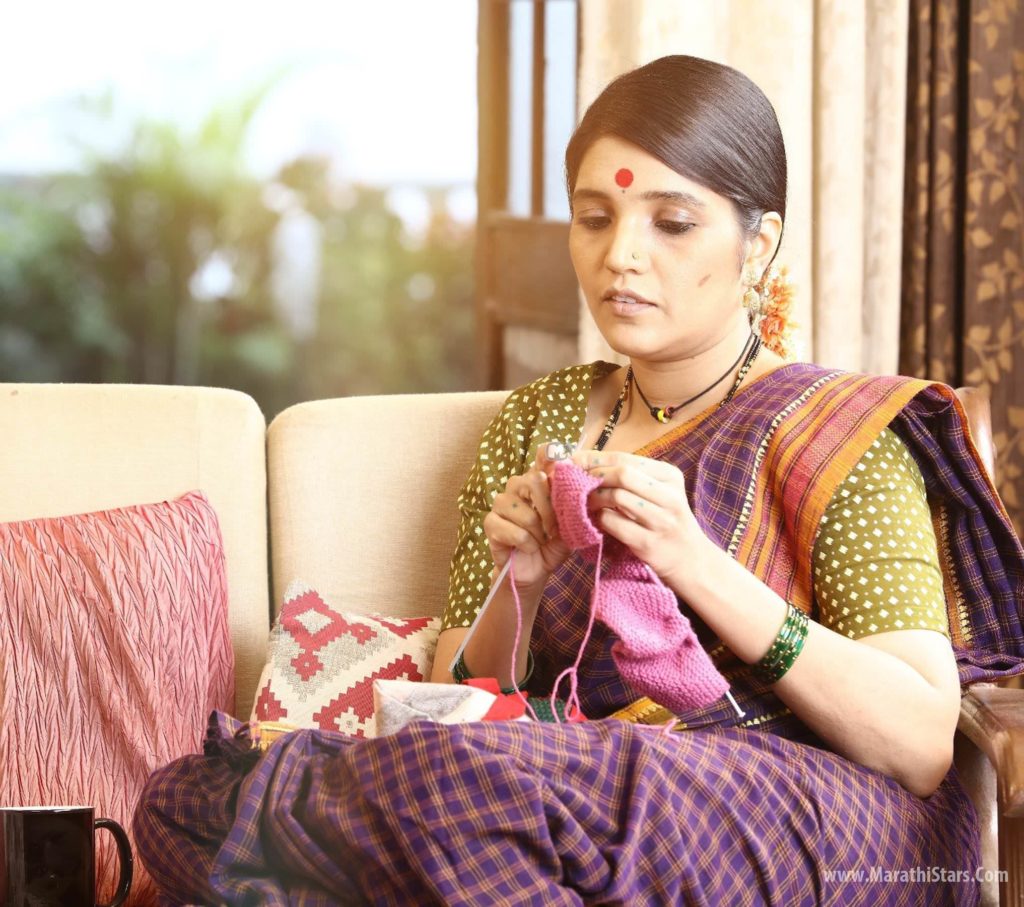 Priya Bapat as Savi is extraordinary & extremely real. There’s an inherent softness in her that actually would go opposite to the character of Savi, but instead that softness blends in with Savi’s toughness to give a much more believable portrait of a strong independent woman! Mukta Barve would have easily been a more obvious choice to this role but Priya Bapat brings in an x-factor! Mukta Barve too shines in a role that will linger for a long time in our memory even with limited screen time. Bhushan Pradhan for the first time seemed into the skin of his character! He plays ‘Ram’ who tells Savi in their very first meet that Rahul Dravid is his idol in every way! ‘Ram’ (in another way an ideal ‘man’ or ‘husband material’) does represent ‘Rahul Dravid’ himself or should we say vice-versa!

‘Aamhi Doghi’ could have been better directed for sure but it still works beautifully. The strength of the original story & Priya Bapat’s lively ‘Savi’ makes ‘Amhi Doghi’ a must watch for all kinds of audiences especially the family audiences!