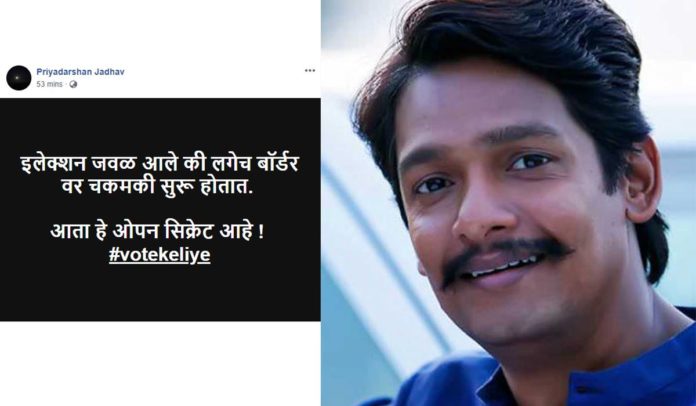 Popular actor & actor turned director Priyadarshan Jadhav reacted in a very strange way on the ‘Pulwama’ attacks where around 44 CRPF soldiers had to lose their lives. This was a terrorist attack & even a terrorist organisation took the responsibility of the attack. 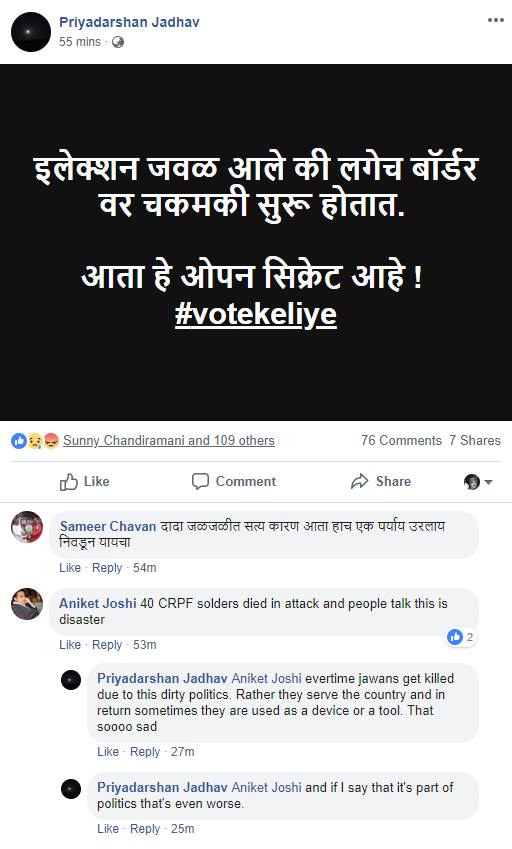 However Priyadarshan Jadhav posted on his official Facebook handle that he doubts this attack was created by the government. And he even mentioned that every time there are elections we have such attacks.

To this post of Priyadarshan those who are following him on Facebook reacted angrily & which in turn resulted into Priyadarshan removing the post. His later posts show that maybe he regretted his earlier post & it was done in the heat of the moment. 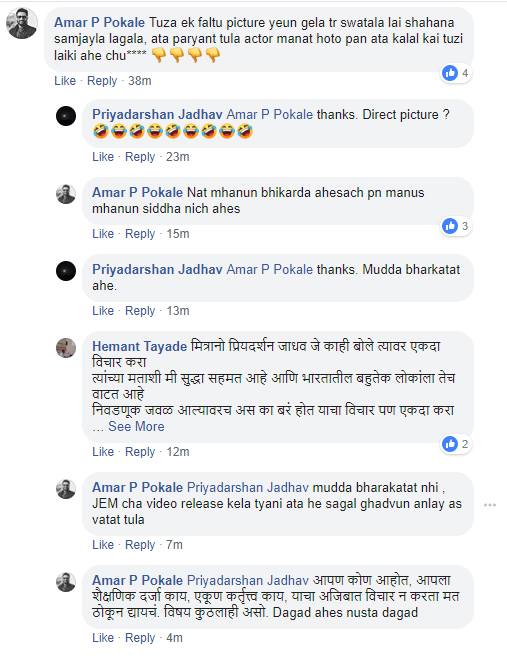 We as common people also need to understand that celebrities are not godly figures & they can make mistakes too or can react emotionally in certain moments. Opposing their right to express too isn’t right on our side. 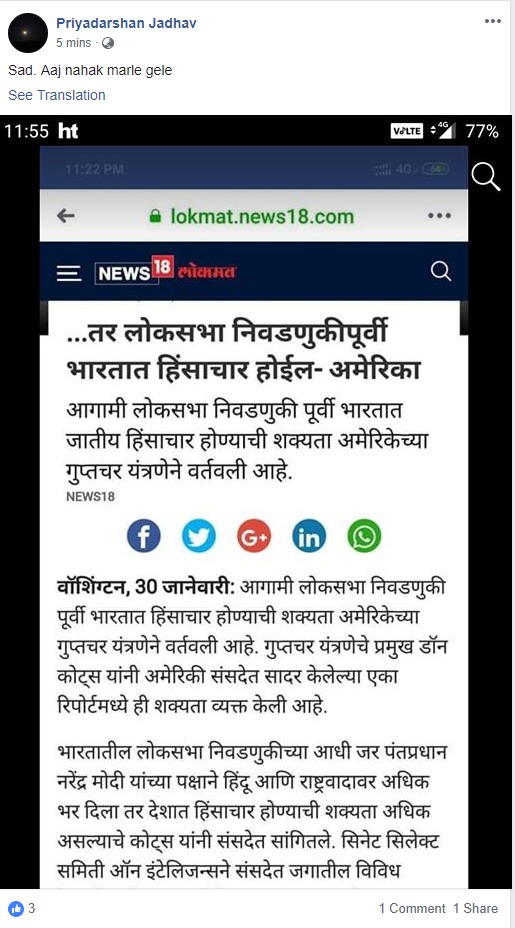