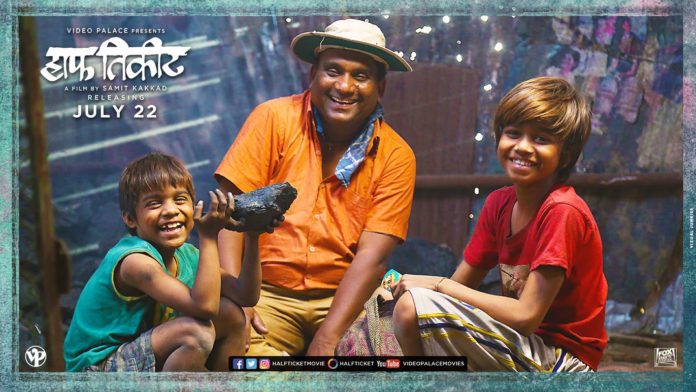 Half Ticket directed by Samit Kakkad has to be the most looked forward to film, this week. Its premise is certainly interesting, but there quite a few other reasons that are making people eager to watch this film. Here are the a few :-

Actors
Bhau Kadam has become a star. His performances in the exceedingly popular TV show Chala Hawa Yeu Dya has made him the favourite comic actor of every household in Maharashtra. He seems to have the first decent role in a film in Half Ticket. There is no doubt that his fans won’t miss the film. The two kids who were selected after audition of hundreds of others seem to be natural from the promos. So, the acting is indeed something to look forward to in the trailer. 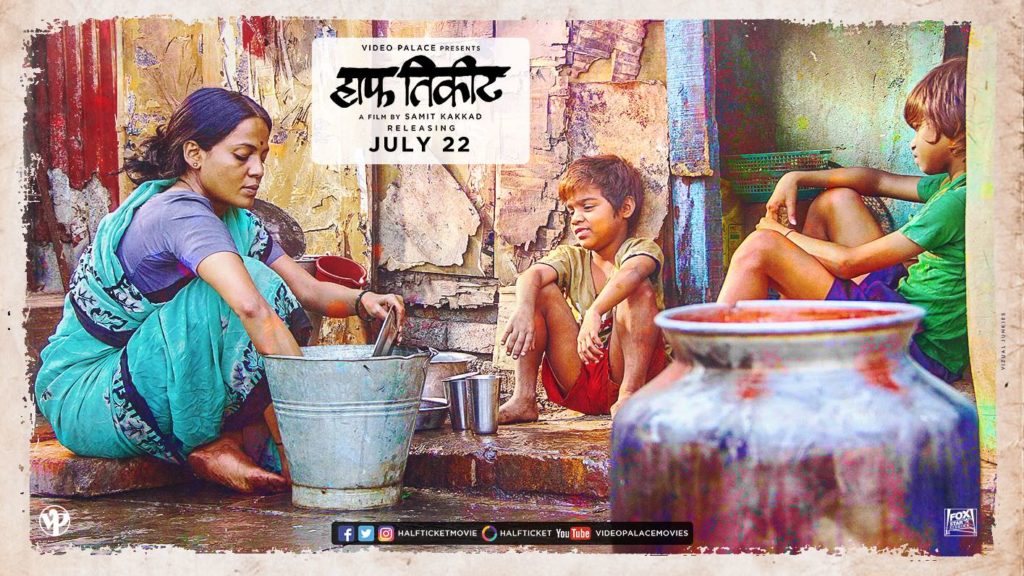 Camerawork
Sanjay Memane’s camerawork seems just splendid from the trailer. Each and every frame leaves you awed. The visuals are the crucial part of any film and here they promise to be even better than the original.

Setting
Mumbai certainly seems like a place more suited for the story about slum kids. More importantly the city seems to be like a character from the promos. The locations on which the film seems to be shot are unusual, but captivating. And the camerawork, as mentioned earlier, is exceptional 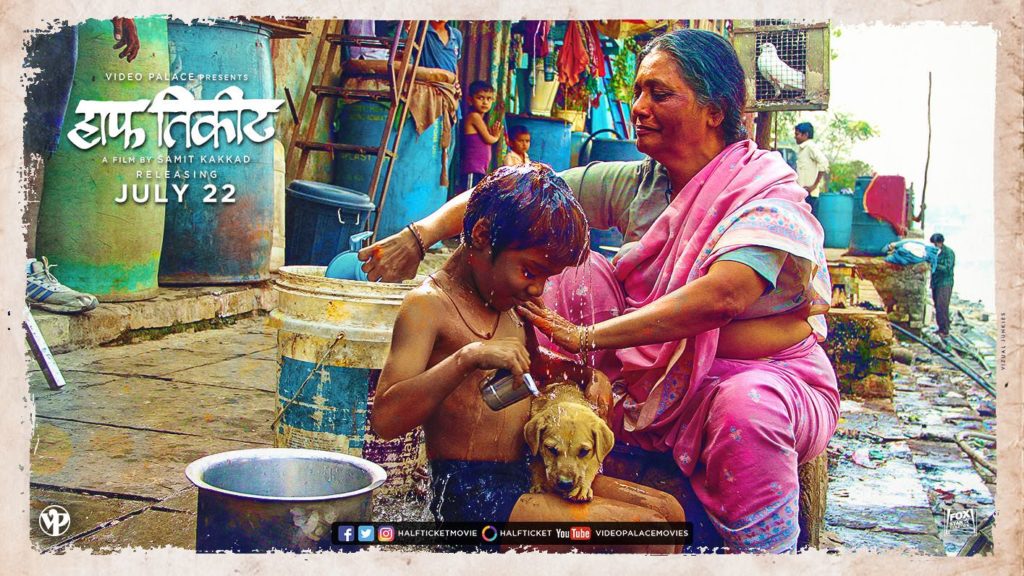 Music
GV Prakash’s music for the Tamil film was one of the highlights of the film. The pleasant soundtrack with child-like enthusiasm has been retained for the film and the Marathi lyrics have been penned by Kshitij Patwardhan. The songs have already become popular and the lyrics are on the tip of everyone’s tongue.

Success of the original
KakkaMuttai was easily one of the best films of last year from the whole of India. The story was charming and told with a lot of heart. If the soul of the film is maintained in the marathi remake as well, I see no reason why Half Ticket would be equally or even more popular.