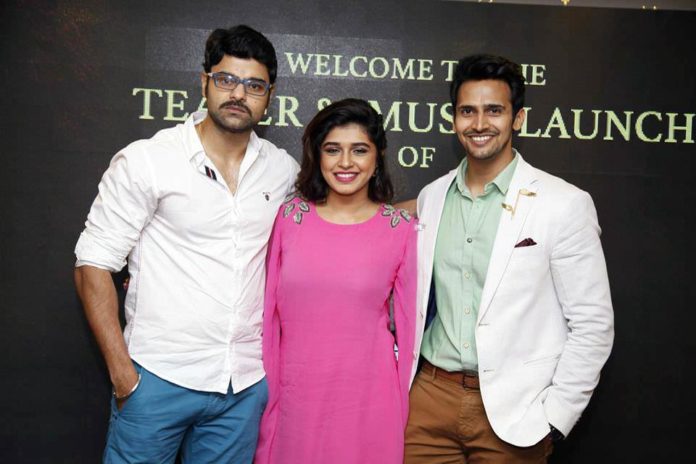 ‘Ti Dete, To Deto, Te Detat, Saglech Detat Shivya’ has created a lot of hype among the audience with the unique title. The film is set to release on 21st April. The audiences can enjoy the chemistry of Bhushan Pradhan & Sanskruti Balgude again on the big screen through this film.

In the presence of the film’s cast & crew the music launch event was recently held. The film has two songs. The title song is written by Nilesh Lotankar, composed by Shrirang Urhekar & sung by Anirudhha Joshi. Whereas a romantic number is sung by Javed Ali-Sonali Datta, written by Deepak Gaikwad & composed by Manoj Tikaria.

A Man who is addicted to using vulgar slangs or ‘Shivya’ in day to day life encounters a situation after which he can’t use of any of the slangs or ‘Shivya’. This is the basic story line of the film. The film is directed by Sakar Raut. The film is written by Sakar Raut & Nilesh Zope. Sara Motion Pictures, Golden Petals Films, Karma Films & Rangmanch Entertainment have produced this film. And the young producers of this film are Sakar Raut, Nilesh Zope, Mihir Karkare & Aashay Palekar. Along with Bhushan & Sanskruti this film also stars seasoned actors like Piyush Ranade, Vidyadhar Joshi, Uday Sabnis & Shubhangi Latkar.