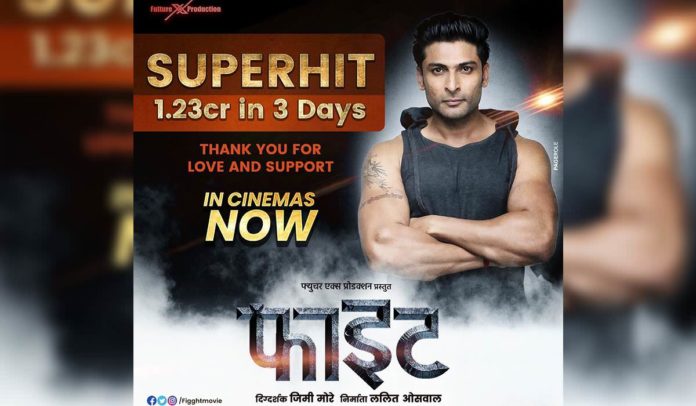 Starring a young dashing action star Jeet, ‘Figght‘ has worked it’s magic on the audiences! Even after getting lesser shows in theatres the audiences have showered their love over the film! The film is getting great public reviews on social media as well in actual life! Jeet is being called the next big thing in Marathi!

‘Figght’ has collected over 1.23 Crore Rupees in just 3 days of the opening weekend of the film! The audiences were in search of an action film in Marathi from a long time & it seems they have enjoyed ‘Figght’ to the fullest! Along with the action the drama, the humor, the romance & the social message of the film also seems to have connected with the audiences as it is evident from their response!

Many audiences are showing interest to watch the film twice in theaters! In such a scenario, ‘Figght‘ can surely break box office records of many Marathi film! ‘Figght’ is running successfully at a theater near you! So if you haven’t seen it yet make sure you watch it as soon as possible!