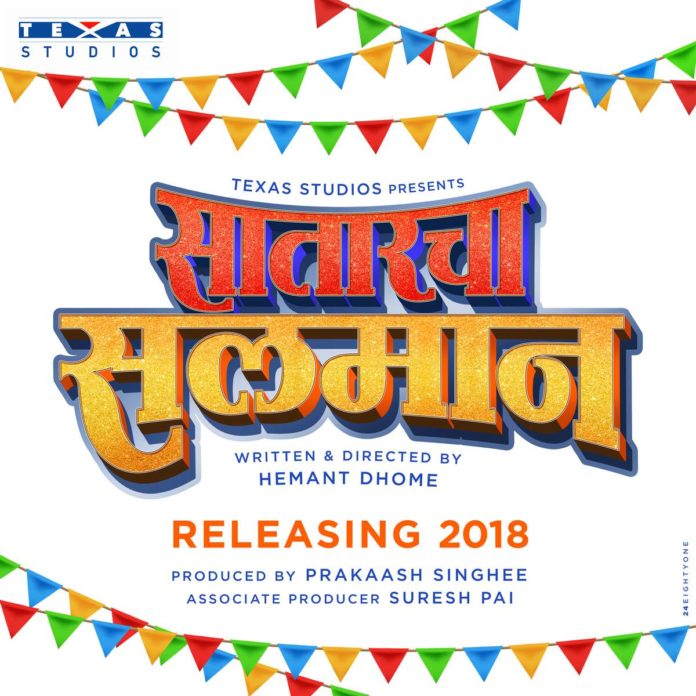 Produced by Prakash Singhi under the banner ‘Texas Studios’ & co-produced by Suresh Pai, ‘Satarcha Salman’ is an upcoming Marathi film that will soon release in theatres. The film’s ‘Muhurta’ was recently commenced whre the producer of the film Prakash Singhi spoke whole heartedly about himself & the film. He said, “I am originally from Nagpur, & I have a special connection with Marathi from my birth. And hence when I decided to produce a film I wanted it to be a Marathi film.”

Prakash Singhi further said that ‘Texas Films’ will also produce Hindi films & other regional films in the future. This film will release in Feb 2018 & the cast of the film is currently kept under wraps.

‘Baghtos Kay Mujra Kar’ fame actor-director is the writer-director of this film, which makes this his second directorial. Hence the audiences will surely be entertained as Hemant has connected with them before. But who actually is ‘Satarcha Salman’? To know that we have wait a little as the news will soon be revealed.