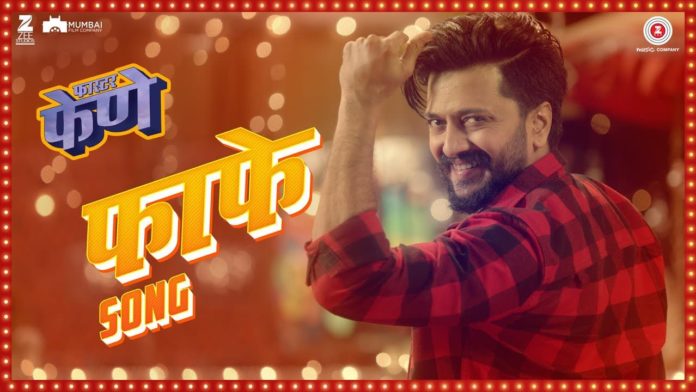 Genelia & Riteish Deshmukh produced & backed by Zee Studios ‘Faster Fene’ is the big Marathi release this diwali. Though the film is slotted for release a little later post diwali, now we can still be in the FaFe high this diwali! The promotional song of the film recently went online, sung & performed by none other than the producer of the film Riteish Deshmukh.

These funky lyrics are written by lyricist Prashant Ingole while the music is composed by Arko. This song represents the spirit of ‘Faster Fene’ to the core. Even the choreography, art direction & costume complement the spirit of FaFe.

This 27th October our childhood hero ‘Faster Fene’ is set to meet us on the big screen, but along with that we can also meet Riteish Deshmukh in a complete hatke & FaFe avatar through this song. Moreover the whole video of the song has been made available to us!