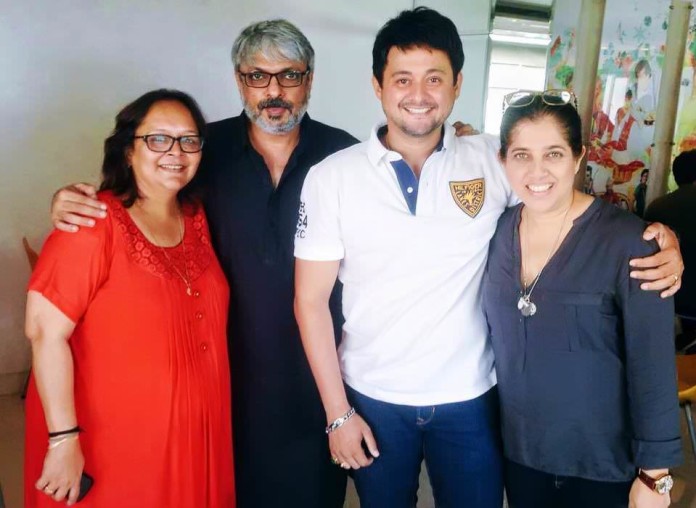 After making larger than life films in Bollywood, Sanjay Leela Bhansali will be foraying into Marathi films. The Muhurat shot of this film was performed recently. The film stars Swapnil Joshi in the lead and will be directed by Swapna Waghmare Joshi. Joshi has directed Mitwa with Swapnil as main lead recently.

Swapnil Joshi has recently shared some images from the sets of this film on his social media account.

Though much of the details for this film are not out- neither title or female lead has been confirmed, SLB has openly said it many times that he wishes to produce a Marathi film. His latest directorial venture Bajirao Mastani is about a Marathi peshwa and SLB has always in love with Marathi culture. SLB has also said that he is a huge fan of V Shantaram and Dada Kondke. SLB has created his own trademark in Bollywood with films like Devdas, Ram Leela and Guzaarish.

We wish SLB and his team very best for this film and expect a good cinema from the entire team.