Sai Tamhankar was dazzling in this year’s Jio Marathi Filmfare Awards Night in her blue gown & diamond necklace. But more importantly this year’s Filmfare was lot more special to her! Sai was nominated for two of her roles. One – Best Actress, Vazandar & two – Best Supporting Actress, Family Katta. Out of which she bagged the Best Supporting Actress award for her impactful performance in Family Katta.

We at Marathistars.com earlier in the year called her performance in Family Katta as one of the finest performance in 2016 & now the Filmfare awards too have acknowledged Sai’s talent & hard work. Sai was touched when she received this award, she said this award is import to her first because this is her first Filmfare & second because ‘Family Katta’ was a film that very close to her heart.

Her role of ‘Manju’ in Family Katta was lengthwise not that big. But as audience it was the most substantial thing about the film that you remember when you come out of the cinema hall. We congratulate Sai for the award & hope that she will go on to many such impactful roles in the future & win many awards for them! 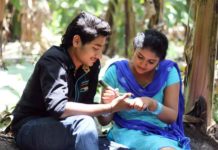 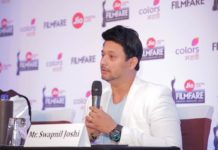