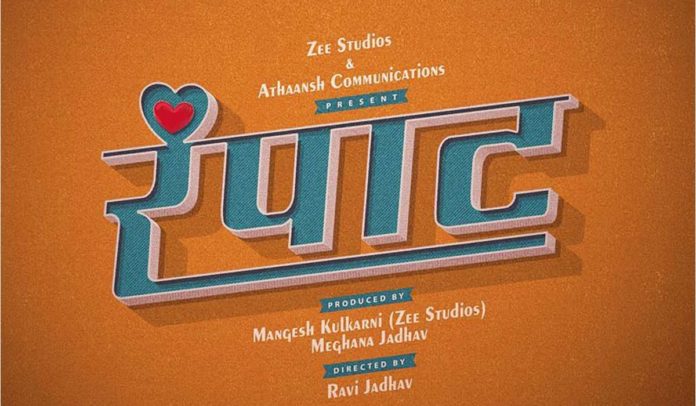 Ravi Jadhav is one of the most influential personalities in Marathi cinema in recent times. He has achieved both critical & commercial success. With ‘Banjo’ Ravi Jadhav made his debut in Hindi cinema. However, he hasn’t stopped making Marathi films! ‘Nude’ is a film that has been hugely awaited which is also directed by Ravi Jadhav.

But this Diwali Ravi Jadhav gave us a huge surprise by revealing the logo & title of his upcoming Marathi film ‘Rampaat’. Moreover, this film is Ravi’s (Athaansh Communications) joint venture with Zee Studios.

After giving us ‘BP’, ‘TP’ & ‘TP 2’, Rampaat seems like another blockbuster entertainer by Ravi Jadhav. Another important aspect of Ravi Jadhav’s films is the marketing strategy, which also includes little things like logos, posters, teasers, etc. It would be exciting to see what exactly is ‘Rampat’ & what will be the star cast of the film.