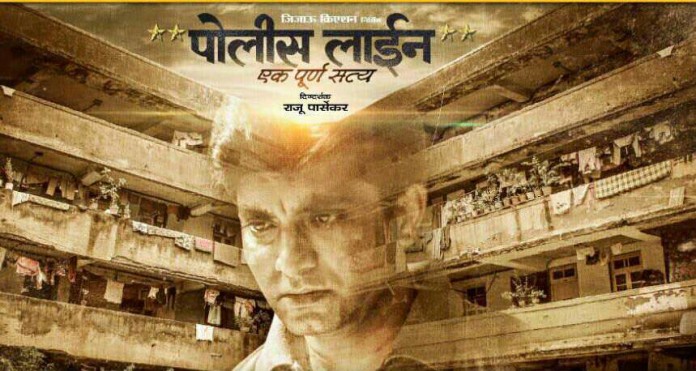 Police LINE is the first Realistic film based on life of Policemen. Policeman is always there to protect society. A policeman is also a person with basic needs. But in reality no one give attention to them. Common man always blames them for every small things and government used to ignore their problems.  This film gives great example of our great officers ATS head Shri Hemant Karkare, Shri Ashok Kamte and Shri Vijay Salaskar who lost their life in terrorist attack on 26th Nov 2008 but who was the person took their life? Terrorist attack or fault of our very own government? Old bulletproof jacket was unable to save their life from terrorist attack. Same with Constable Tukaram Ombale who caught Kasaab without any weapon in his hand. Why he was not having any gun with him? How can government ignore such issues? Like them we lost many of our honorable officers and constable in that terrorist attack. But ignorance of government system was also one of the reason of death of all officers and constables who lost their life in terrorist attack on 26th Nov 2008.  This film shows problems faced by police and their family.

Very low salary, low quality defense weapons, so many hours of work which caused to mental pressure as well as physical health problems. All such problems also caused to early death of policemen. Dipak Pawar who works in railway police has written story of this film and producing this film with help of family and friends. We easily blame policemen, traffic police for so many things but we cannot see they have devoted their life for us. We celebrate various festivals but policemen are always on their duty to protect us. Common people don’t respect them and government doesn’t give proper attention to them. Policemen and their families should receive various liberties, sound atmosphere to live, well maintained homes but in reality they don’t receive any of that and receive poor quality service from government also they don’t get proper maintained homes for their family but if policeman dies his family has to vacant the house as earliest. The person (policeman) who devotes his complete life to protect the entire society his own family is not protected in this society after his death. Common people blame policemen but he is also living under pressure of political parties, corrupt system after all he is also a servant of government.