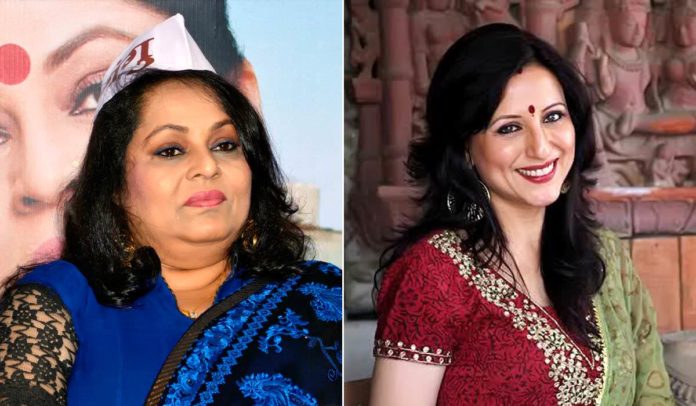 Nirmiti Sawant is one of the very first iconic stars of Marathi television. She became an household name with her portrayal of “Kumari Gangubai Non Matric” years ago. Since then Nirmiti Sawant has redefined the role of female artists in Marathi entertainment. Whether it’s films, theatre or even various events Nirmiti Sawant has proved her uniqueness & magical comic timing.

Now she is returning to T.V. on our favorite Zee Marathi! Zee’s upcoming serial “Jadu Bai Jorat” stars Nirmiti Sawant in lead & the promos have also revealed Kishori Shahane’s inclusion in the serial.

It’ll be interesting to see Nirmiti Sawant in this unique simple minded character who wishes to lose weight but instead seems to fail in all her attempts. One of Nirmiti Sawant’s popular play was titled ‘Jau Bai Jorat’ & now this serial’s title presents an interesting twist to it.