‘Bhetali Tu Punha’ is an highly awaited Marathi film from the director of ‘Dagadi Chaal’ & starring Vaibhav Tatwawadi & Pooja Sawant. The new song ‘Jaanu Jaanu’ from the film was recently posted on social media. And it has already got great response. The catchy tune by composers Chinar & Mahesh, the voices of Siddharth Mahadevan & Anandi Joshi truly make this song refreshing to the ears.

The lead cast of this film Vaibhav & Pooja look absolutely stunning in this video. They complement each other so beautifully. The choreography, art direction, costume design & even the cinematography of this song altogether adds to the celebratory mood of this song. The funky lyrics of ‘Jaanu Jaanu’ are written by Mangesh Kangane. 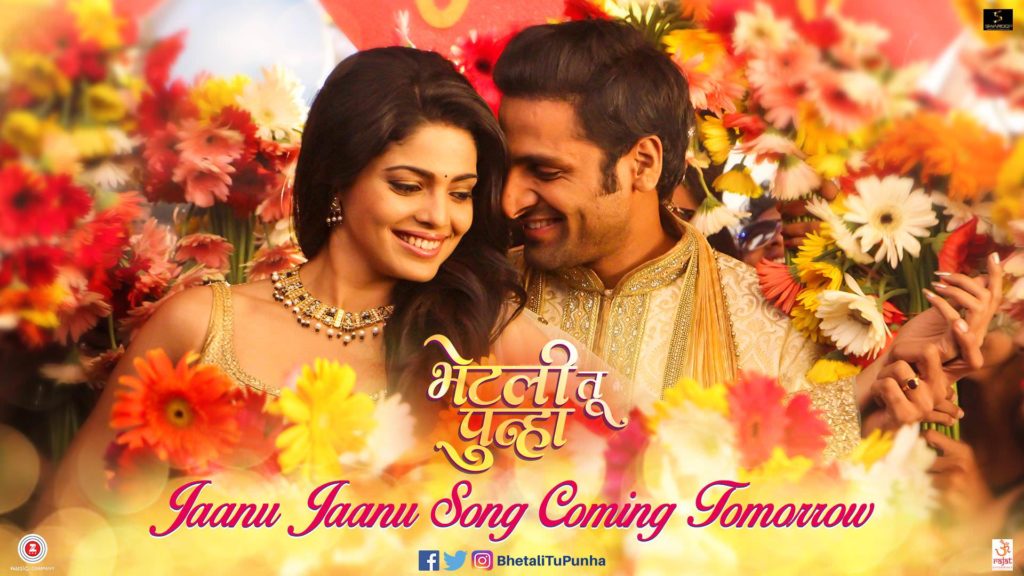 Chandrakant Kanse directorial ‘Bhetali Tu Punha’ is set to release on 28th July all over Maharashtra. The film tells the story of falling in love at second sight! The trailer has made all the audience intrigued about this romantic comedy.