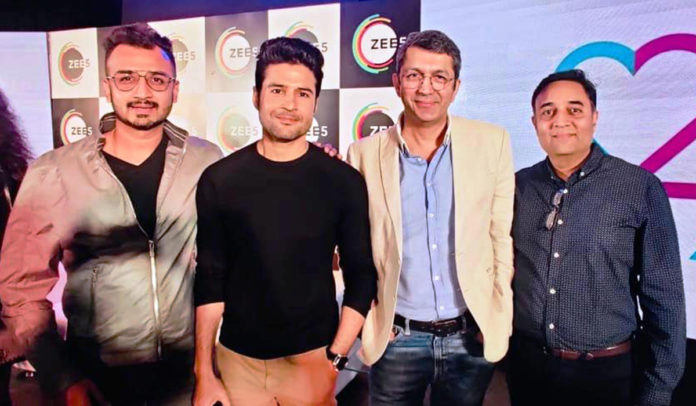 ‘NAXAL’ also marks the entry of the well-known production house of Arjun Singhh Baran and Kartik Nishandar – GSEAMS (Global Sports Entertainment And Media Solutions Private Limited) – in Hindi web series. One of the top studios in India with its verticals spread across film, TV and web series productions, talent management and satellite aggregation, GSEAMS has produced many hit films in Marathi like Mogra Phulaalaa, Fugay, Tula Kalnnaar Nahi, Ranangan and presented Bhikari, the films that have created their own imprints in the industry. After unprecedented success in the entertainment in just seven years of its foundation, GSEAMS now ventures into the production of Hindi content.

The lead role in ‘NAXAL’ is played by Rajeev Khandelwal, A popular face and actor in Hindi TV serials and shows and a Bolloywood actor. Rajeev has acted in some of the most successful ones such as Kya Hadsaa Kya Haqeeqat, Kahiin To Hoga among others. He has acted in television shows including Time Bomb 9/11, Sun Leyna, Left Right Left, Reporters to name a few. Rajeev made his Bollywood debut with the film Aamir, which proved to be a turning point in his career. Thereafter he became part of many films like Shaitan, Soundtrack, Table No.21.

With Naxal, the GSEAMS aims at adding another feather in their cap for production of quality content. The series has been conceptualized by Arjun and Kartik in collaboration with Zee5 and is based on the Naxal movement in India. It has a strong base of research done for over one and half years by a team of experts among the top cops and journalists privy to the activities. Many top faces of the web world will join the gang of Naxals as the series unfolds.

Arjun Singhh Baran and Kartik Nishandar of GSEAMS say “We are happy to venture into the web series world of Hindi television. We are fortunate to have Kunal Kohli, one of the most successful directors from Bollywood to lead it and Rajeev Khandelwal in lead actor role. Tarun Katial, CEO, Zee5 has been a great support while producing the show. We are sure the web series will set a different bench mark in this genre of entertainment.”