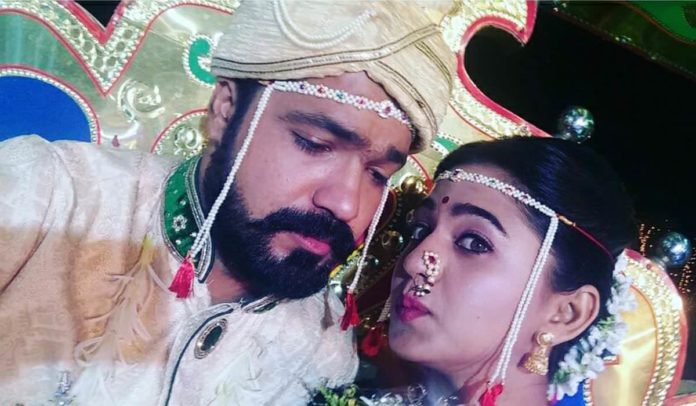 Many a times casting the right actors opposite each other becomes extremely crucial in the success or failure of a film. Hence many a times we see the same actor-actress pairs working repeatedly. However recent Marathi films have proved that they ready to experiment in casting too. The newest fresh Jodi is our favourite bubbly actress Mrunmayee Deshpande & the dashing youth icon Suvrat Joshi.

Both Suvrat & Mrunmayee revealed the news through different social media websites. But both posted about their wedding! We mean their wedding scene from the film. The title & other details about are not yet announced officially. But we’ve predicted two possible titles from Suvrat’s FB post. One as he says the film is ‘Coming Soon’ & the other is the hashtag that he used ‘#Shikari’.

It doesn’t matter what the title is, but one thing’s for sure that all the audiences would be excited to watch Suvrat & Mrunmayee together in a film!