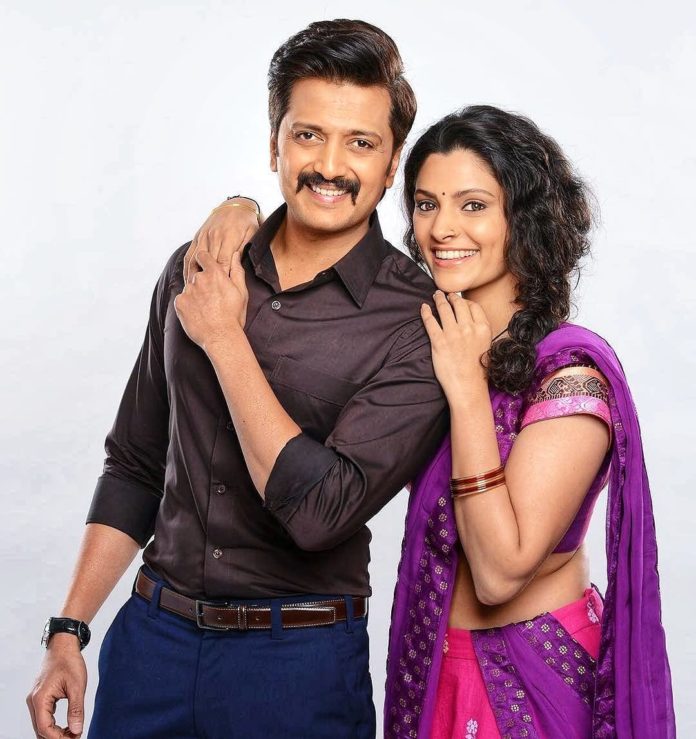 The much awaited news about ‘Lai Bhaari’ sequel has excited Marathi audiences already. Riteish Deshmukh is reprising his role of ‘Mauli’ in & as ‘Mauli’. Moreover he is also collaborating with writer Kshitij Patwardhan & director Aditya Sarpotdar who worked with Riteish (where he was the producer) on Faster Fene.

Now another great collaboration has been added in this team. Actress Saiyami Kher who starred in the Hindi film ‘Mirzya’ is starring opposite Riteish Deshmukh in this film. Saiyami is the grand daughter of late Marathi actress Usha Kiran & nephew of actress Tanvi Azmi! Incidentally Tanvi Azmi played Mauli’s mother in ‘Lai Bhaari’!

Moreover this is Saiyami’s third film & all her three films are in three different languages. Her debut film was ‘Rey’ which was in Telegu! We are hoping ‘Mauli’ to be as action packed & an overall masala entertainer like the prequel! It would be fun to see how Saiyami complements Riteish in ‘Mauli’ & vice versa!