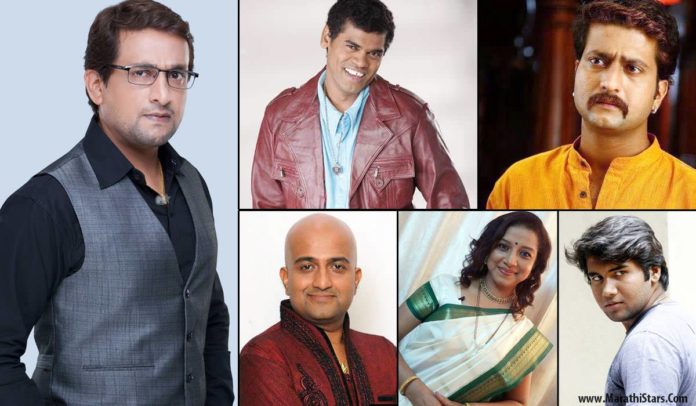 The history of Marathi theatre goes back for almost 100 years now. It is impossible to separate Marathi theatre from the culture of Maharashtra. However, the current scenario is not really that great. The condition of theatres all over Maharashtra is a big concern. Recently actor Sumit Raghvan’s sarcastic video on this scenario went viral & many celebrities came up with comments on the same scenario. Sumit talked about the bad smell in the VIP room of a prominent theatre & other problems.

Comedy star Vaibhav Mangle mentions the lack of cleanliness as the major concern. He thinks people have to realize how important it is. Actress & writer Shilpa Navalkar satirically tells how she has befriended the rats at Kalyan’s Acharya Atre Natyagruha & how only mosquitos rule at Vile Parle’s Dinanath Natyagruha. Popular actor Prasad Oak feels it is essential to fit mobile jammer at all theatres or the audience should be provided with lockers alike shopping malls. Siddharth Jadhav points out the fact that most of these theatres are in good condition when in their earlier days but later the people responsible to maintain start ignoring. While Jitendra Joshi taunts that even the Washroom’s need to be washed!

Prasad Kambli, one of Marathi’s prominent producer & the chairman of ‘Marathi Natya Vyavsayik Nirmata Sangh’ feels these issues have been here for many years. he tells the focus will now be to improve the overall infrastructure. A committee will be formed after a meeting from all sides; which include the producers, theatre owners & artists-technicians. Along with that many important issues & possibilities will be discussed at this meeting. Which include ‘providing free wifi & charging facilities to the audience’, ‘waiting rooms for technicians post late shows’, etc. Prasad Kambli feels it’s absolutely necessary for Marathi theatre to adapt itself with the changing times.