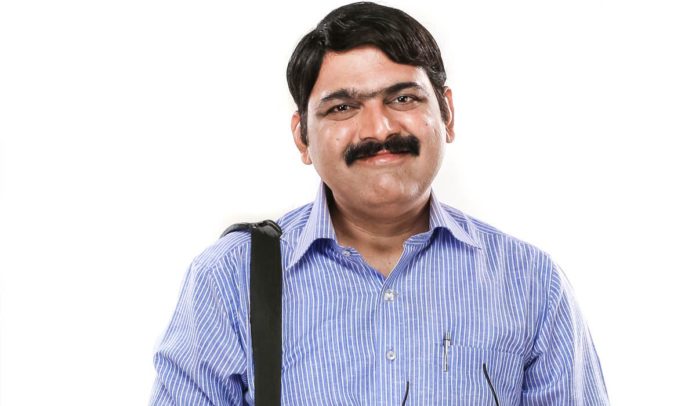 Hugely popular for his special rural style, actor Makarand Anaspure will soon be seen playing the role of a government officer in the upcoming political satire ‘Nagpur Adhiveshan Ek Sahal..’. The film presents the yearly ‘Nagpur Adhiveshan’ in an entertaining way. This film promises to give us exciting inputs from this annual political event. It’s written & directed by Nilesh Jalamkar. ‘Nagpur Adhiveshan’ is presented by ‘Vidarbha Pictures’ & is produced by Anil Keshavrao Jalamkar.

Makarand’s government officer is a common man who is suffering under the pressure of the ‘system’. The name of his character is Sanjay Salunkhe & he is supposed to take care of the upper level officers during the Adhiveshan. The film has two interesting tracks; one where Sanjay is going through his responsibilities at work & the other when he also needs to look after his family. During the Adhiveshan, people like Sanjay suffer whereas the big stalwarts enjoy a picnic. This crucial message is presented in a satirical tone in ‘Nagpur Adhiveshan Ek Sahal’!