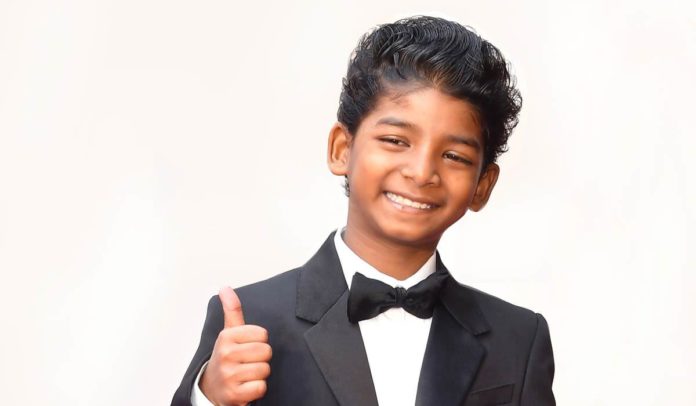 This year on the stage of the prestigious Oscar awards a little kid represented India & Maharashtra with all pride. The little Sunny Pawar who played an important role in the Oscar nominated ‘Lion’ film. Recently Sunny was also felicitated with ‘The Rising Star’ award at London. On this occasion celebrities like Barack Obama, Dwayne ‘The Rock’ Johnson & Sachin Tendulkar congratulated Sunny.

Now Sunny is all set to enter Marathi cinema with his upcoming film ‘Aa Ba Ka’. He plays the title role of ‘Hari’ in this film. Sunny is currently studying in 4th std. ‘Aa Ba Ka’ is presented by ‘Gravity Entertainment’ & ‘Golden Globe’ & is produced by Mihir Kulkarni. This Ramkumar Shedge directorial is written by Aaba Gaikwad. The songs of this film are written by Guru Thakur & they are composed by Raaz, Bhoot, Rakta Charitra fame composer Baapi Tutal. Amruta Devendra Phadanvis will be singing for this film.

Moreover along with Sunny Pawar stars the film Bollywood star Suniel Shetty & Bahubali fame Tamanna Bhatia! Along with Marathi this film will be simultaneously made in Hindi, English, Tamil & Telugu. This will definitely be a huge project for Indian Cinema altogether!