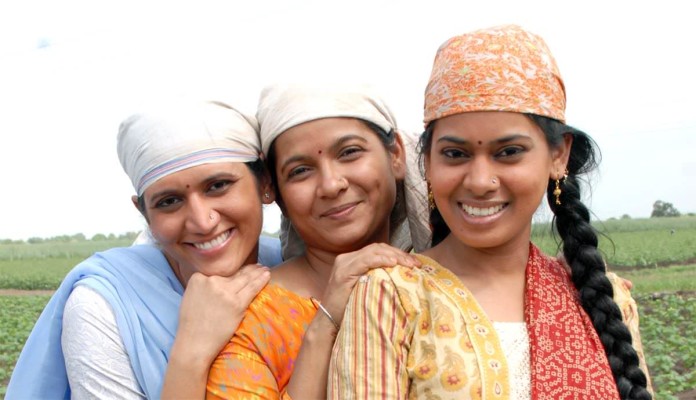 Kapuskondyachi gosht, a film by Mrunalini Bhosle will be releasing on 1st April. The film is based on several social issues and a positive attitude towards various social dilemmas.

The story of the film is about four girls who decide to take control of their lives after untimely death of their father. The film has been presented in various national and international festivals.

The film stars Makrand Anapure, Samidha Guru, Bharat Ganeshpure, Gaure Kange, Mohini Kulkarni, Netra Mali et al. The story and dialogue is by Prasad Namjoshi. Music is by Shailesh Dani and lyrics have been penned by Indrajeet Bhalerao. The executive producer of the film is Pravin Vankhede and DOP is Vasim Maner. Editing is done by Sanshosh Gothoskar.

The film will be releasing on 1st April all over Maharashtra.