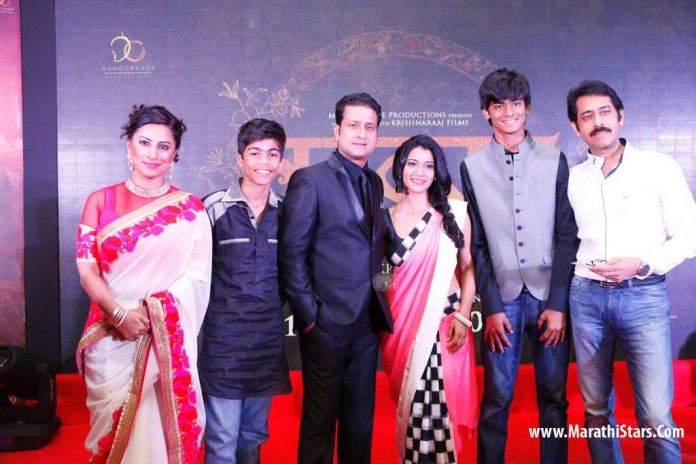 Kaakan, the directorial debut of Kranti Redkar launched its music at the party on Wednesday evening in the presence of the entire Kaakan music team and industry dignitaries. The music for this film has been given by Ajay Singha.

The track ‘Kaakan…’ is sung by the renowned Shankar Mahadevan and Neha Rajpal. The other two songs ‘Gopi Dada…’ is sung by Shriram Iyer and ‘Wedyanche Ghar Unhaat…’ is sung by Swapnil Bandodkar.

Kaakan (bangle) revolves around a tragic love story of a young couple in 1970s that separated due to circumstances and whether they unite at their later age of life is only for the audience to see. The movie is beautiful and balanced journey of past and present timeline majorly shot in Konkan.

On the launch, Director Kranti Redkar said, “I’m excited to see the response from the audience from all generation after listening to these songs. The entire team including my singers and music director have understood the mood of the songs and then expressed. I love writing and I hope the way I’ve been enjoying these songs from past few weeks, audience would love them too.”

The film releases on April 10, 2015 all over Maharashtra.