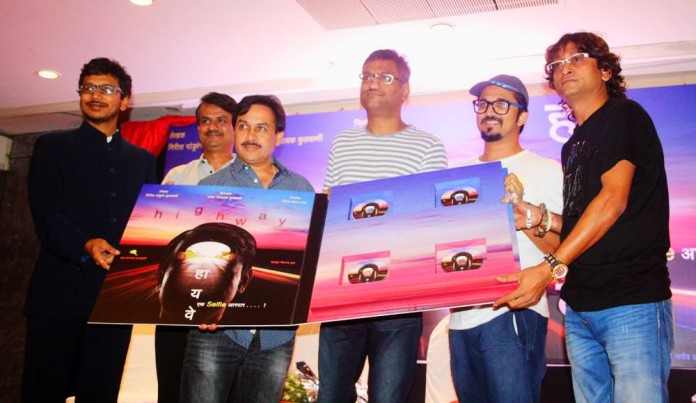 Recently, a music launch and first look was released in a star-studded event. The eminent film personalities from Hindi and Marathi films were present along with the cast and crew of the film. The music was launched by Ajay-atul and Satish Alekar launched first look of this film. Trailer was launched by Jyoti Subhash, Sanjay Chhabriya and Deepak Rajashyaksha. Music for this film has been given by Amit Trivedi and lyrics are by Vaibhav Joshi.
The film deals with travelers of various socio-economic backgrounds on Mumbai-Pune express highway and hw their problems resurfaces in this journey. Girish and Umesh Kulkarni have earlier given National Award winner Deool and critically acclaimed Vihir. This duo’s films are entertaining yet thought provoking and attempting to hit the message across the audience.