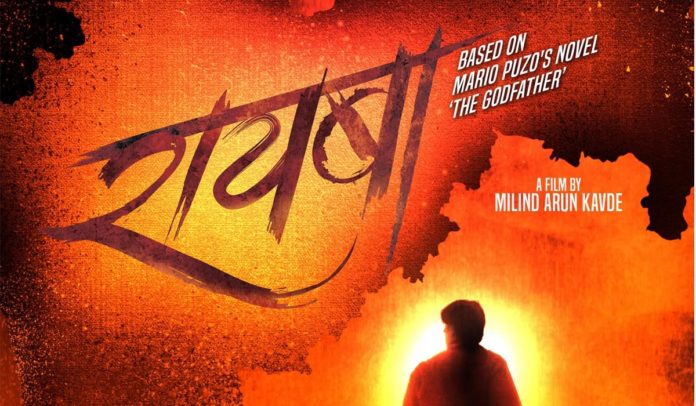 The role of literature has always been necessary in creating legendary timeless classics on the celluloid. Especially in the West where almost 7 out of 10 films are based on a novel or other literature. Mario Puzzo’s gangster novel “The Godfather” is one such piece of literature. Around the world there are more than 80 different interpretations & inspired works of this classic novel.

In Indian context films like ‘Dharmatma’, ‘Dayavan’, ‘Sarkar’, ‘Virasat’ & few others are nothing but interpretations of this novel. All these directors have come up with unique backgrounds & settings for the same plot of The Godfather. Most of these directors consider this as a huge challenge, but very few succeed.

The newest addition to this list of directors is Marathi director Milind Kavde. The director has films like ”Yedyanchi Jatra’, ‘4 Idiots’, ‘Just Gammat’, ‘Shinma‘ & ‘1234‘ to his credit. He is now coming up with his highly ambitious project ‘Raaiba’. As said the director is inspired by the novel & is all set to add Marathi context to this tale.

Here’s what Milind Kavde said about his ambitious project, “From the very beginning I have been fond of experimenting with topics, hence taking up the challenge of interpreting The Godfather was easier for me. I wanted to make this film from a long time now & finally at this stage of my career I have decided to go ahead & make this film. ‘Raaiba’ is an out & out Marathi film only basic plotline is based on The Godfather. Just as my other films in ‘Raaiba’ music will play an important part. Popular singer Anand Shinde will sing a special song along with other singers for different songs too. Currently I am working on the screenplay & the cast of the film is yet to be finalized. Once that is done we will start shooting around December this year.”

The story of the film is conceived & written by Kavde himself. The film will focus on the journey of a farmer’s son who ends up becoming a underworld don. The dialogues are penned by Sachin Andhare. The casting process too has started & the makers are looking for right actors to play the right role. Around 30-35 well known artists are said to be a part of this film. The film will be shot in different cities of Maharashtra like Nagar, Sangamner, Wai, Kolhapur & others.