Recently the new song ‘Filmy Filmy…’ song of ‘Guru’ movie launched in Plaza Theater at Dadar, Mumbai in presence of fans of dashing Ankush Chaudhary and media. With this song the 20ft poster of Mango Dolly’s and Guru’s look has also been launched by Urmila & Ankush with the help of crane and encouraged by ‘Great Maratha’ band.  After that the Trailer of Guru & ‘Filmy Filmy…’ song was presented. This song receives once more from the fans. 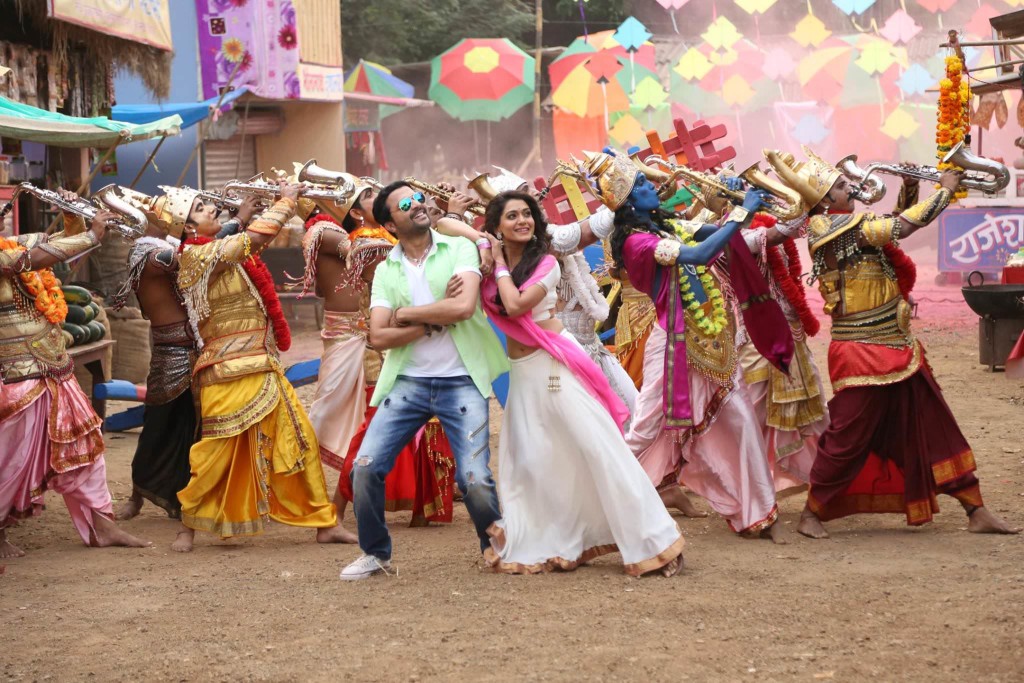 ‘Filmy Filmy…’ song was penned by Kshitij Patwardhan who worked with Sanjay Jadhav for the first time, music composed by director Pankaj Padghan and sung by Vijay Prakash. Music Director Pankaj Padghan expressed himself as, ‘this song is very special for me as Sanjay Dada liked the composition in first glance and it has Romantic genre. Guru’s title song represent Ankush Chaudhary as very Dashing and Tadak Fadak but ‘filmy filmy’ is completely opposite as guru should look romantic in this song.’ Use of seven kind of musical instruments, filmy style of Ankush & Urmila, beautiful choreography, all these things made this song very special. Very talented Umesh Jadhav has choreographed this song.

While talking about the experience, Umesh Jadhav said, “When Sanjay Jadhav called me for meet he explained me the situation of song that it is very filmy kind of song and he asked me to choreograph in same way. I tried to picturized the song as it is picturized in the mind of Sanjay Jadhav & when I saw this on screen today I feel so happy. I choreographed around 100 numbers of songs but this song gave tremendous joy to me.”

Dialogues of this film penned by Ashish Pathre while expressing his feeling he said, “Audiences started liking dialogues of Guru and I give complete credit to Sanjay Dada. After so many meetings & Sittings he taught me very small things so I could write such good dialogues.”