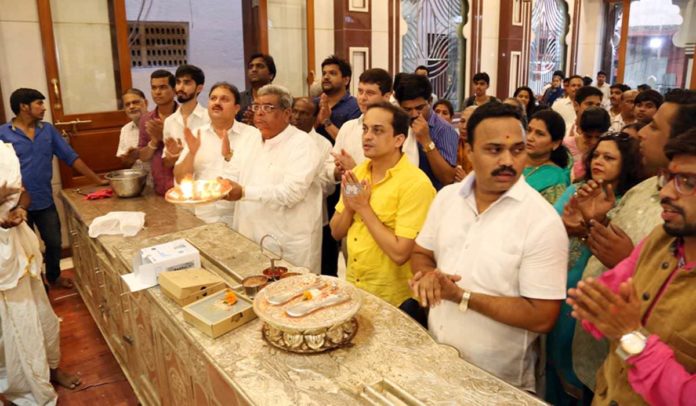 Vishal Dhanawade produced “Damlelya Babachi Kahani” is ready for release on 24 June and the promotion for this film was started with the Maha Arati at the Sharda Ganpati at Pune. The promo and poster of this film was also launched at this event.

Sandeep Khare who will be seen in a very important role in this film was present at this event along with actress Dipti Bhagwat and Shreeya Pasalkar. The film has been directed by Nitin Chavan and Yogesh Jadhav.

The story of the film is based on the one-act play “Ojhe” which shows tender relationships of a father and daughter. The film will be releasing on 24 June all over Maharashtra. The makers are planning to release this film in US in the July. The film has been already selected in the international film festivals of Nashik and Goa. 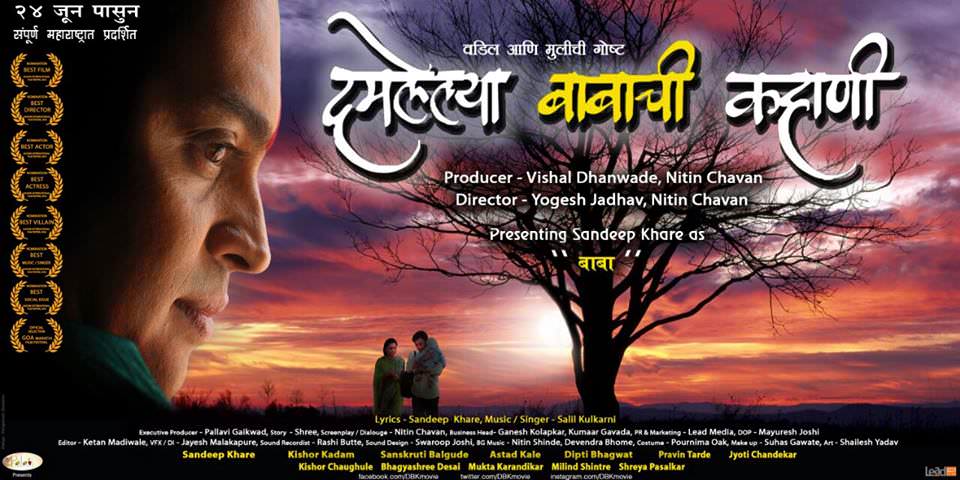