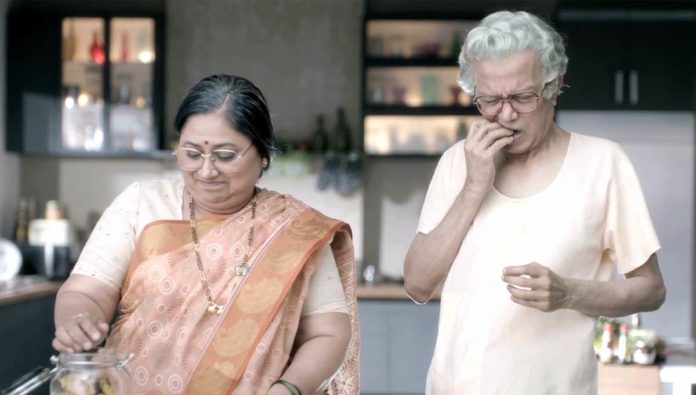 After treasuring many beautiful memories of 2016 Zee Marathi is all set to please us through wholesome entertainment in 2017! Zee Marathi’s first gift in 2017 for us is the new serial ‘Chukbhul Dyavi Ghyavi’! Based on a popular play of the same name & starring Maharashtra’s living legend Dilip Prabhawalkar. After a long time Dilip ‘Bhaiya’ (as he is fondly called) will be back on television & he is accompanied by the charismatic Sukanya Kulkarni-Mone!

This serial is produced by popular actress Manava Naik & directed by ‘Tendulkar Out’ fame director Swapnaneel Jaykar. The screenplay & dialogues are written by one of the leading contemporary female writers, Madhugandha Kulkarni! ‘Chukbhul Dyavi Ghyavi’ belongs to an aged couple; Rajabhau & Malti. They are almost in their 80s but are still passionately in love with each other. Rajabhau is evergreen at heart whereas Malti stresses him to accept his real age! This funny conflict causes conflict between the two & exciting entertainment for us! The newest promo of the serial also reflects this refreshing conflict.

The title track of this serial is sung by veteran singer Suresh Wadkar! Dilip Bhaiya hasn’t been on T.V. since ‘Shriyut Gangadhar Tipre’ went off air hence it will be a real treat for all his fans! Sukanya Kulkarni-Mone was last seen in ‘Julun Yeti Reshimgathi’ & we are also excited to watch her in a different role in ‘Chukbhul Dyavi Ghyavi’!