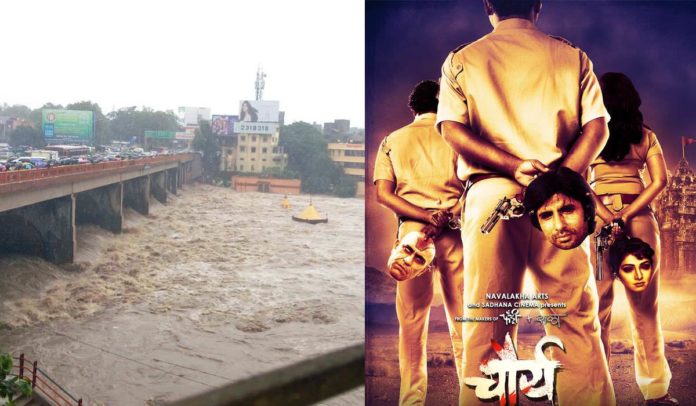 Chaurya, a film by Sameer Asha Patil has created lot of anticipation among audience. The innovative promos and trailers have already promised us a good suspense thriller film. However, audience has to wait for some more days to see this film. The makers of the film have postponed the release of this film from 5th August to 19th August due to the flood situation in Maharashtra.

Maharashtra has been receiving heavy rainfalls since last two days, resulting in flood situation like Nasik, Satara, Pune, Raigad and Kolhapur. Mahabaleshwar catchment area has received more than 245 mms of rains since yesterday which resulted in flooding of river Savitri and a bridge collapse. As the situation is getting worse, NDRF, Armed Forces and other volunteers are working round the clock to ensure safety of the citizens.

Director Sameer Asha Patil told Marathistars.com, “Flood situation in Maharashtra is very bad. There are news of deaths and people losing shelters due to heavy rains. NDRF and our brave jawans are helping the needy once. We have taken the decision to postpone the release of our film. We want our all brothers and sisters to be in good spirit. Film can wait.”