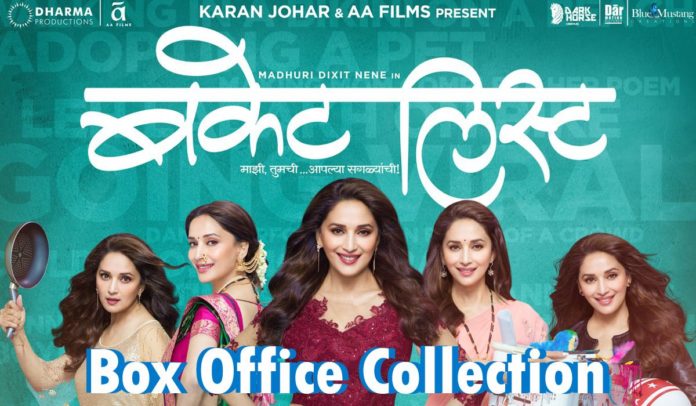 Madhuri Dixit’s first ever Marathi film released worldwide on 25th May. And all around the world, the film has got a great response. In the opening weekend on 25th, 26th & 27th May Bucket List made over 3.66 Crores at the box office. Whereas now the number has gone over 5 crores!

Bollywood’s iconic heroine Madhuri transformed herself completely to fit into the role of a middle-class Maharashtrian housewife for ‘Bucket List’. And the audiences too have responded back to Madhuri’s efforts as they are watching the film in theatres in big numbers.

Presented by ‘Bahubali’ fame A A Films & Karan Johar’s Dharma Productions this film is directed by Tejas Prabha Vijay Deoskar & is still running with packed theatres in the second week. If you still haven’t seen ‘Bucket List’ make sure you book your tickets at your nearest cinema theatre.