There are certain actors in a film industry who are the identity of that whole industry itself. And Ashok Saraf or our beloved Ashok Mama is definitely one such legend in Marathi film industry. For decades Mama has entertained us through countless films in Marathi as well as in Hindi. At one point in the 80s the whole Marathi industry was on Mama’s shoulders. 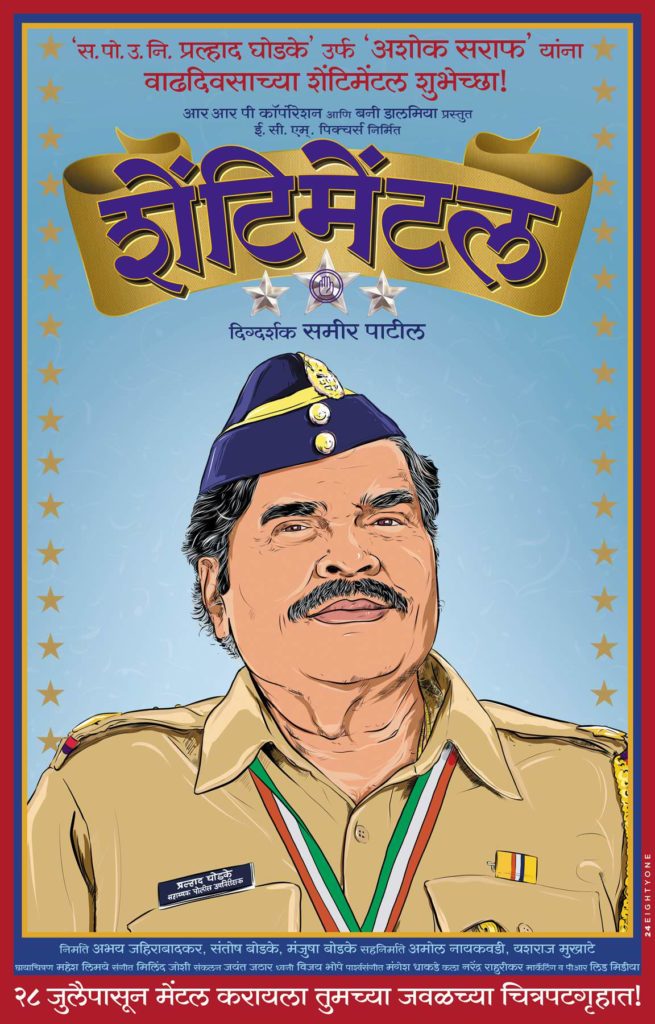 The poster of the film was recently released on the occasion of Mama’s birthday. As the poster reveals Mama will be playing the role of a police constable. And the name of his character is Prahlad Podhke! So we’re sure that just like Mama’s previous popular characters like Dhananjay Mane, Bajirao Rangade & Dada Dandge this new character from ‘Shentimental’ will also become immortal!