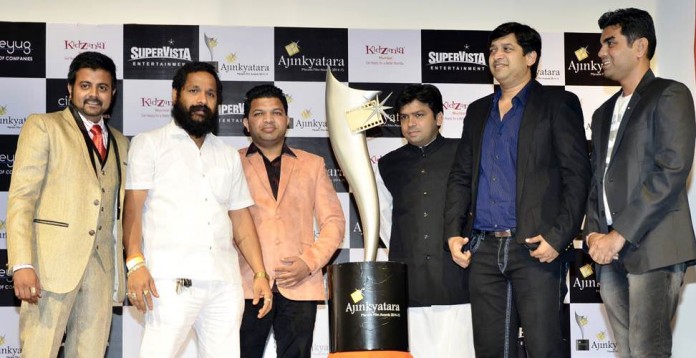 The awards to honor the best in Marathi cinema on an international scale are increasing in numbers and a lot is talked about them ‘THE AJINKYATARA AWARDS’ are going to provide an unique platform for Marathi cinema and so the organizers of these international awards have taken the first step to provide this platform under the aegis of ‘Supervista Entertainment’.

The awards were recently announced at a press conference held in Mumbai. The logo of the awards was unveiled by the representatives of Supervista Entertainment.  The representatives and executives of Supervista Entertainment were present on the occasion.  To take notice of the good performances of Marathi artistes in films , this function will be held on a grand scale and it will be a different experience and the lavish awards will be a source of pride for Marathi manoos and Maharashtra, as conveyed by the AJINKYATARA AWARDS executives.

This grand function will be held on 22 May in Mauritius at the Swami Vivekanand Convention Center Auditorium and keeping in mind the spiritual and social values, will be a part of the dazzling program and also other acts will be a part of the program.   A temple of Gajanan Maharaj will be anointed at the Mauritian venue with the help of Hindu House and VasantBhau Gogate.. To celebrate this occasion a procession has been organised on 23 May at 4.30 pm. And present will be the award officials and other actors.

The intention of these awards is not only to entertain but to create a market for Marathi films overseas and find new foreign markets and the many social initiatives taken on the occasion will give the organizers a good foundation and arouse great interest in the Marathi industry.

The program will be filled with dazzling entertainment  with music, dances and comedy acts will enliven the night in MAURITIUS and will make the Marathi industry new heights.

THe Supervista Entertainment organizers have the famed Cineyug Group of Companies as Event Partner and KIDZANIA as venue partners. 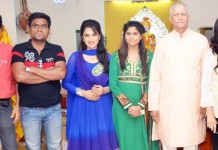