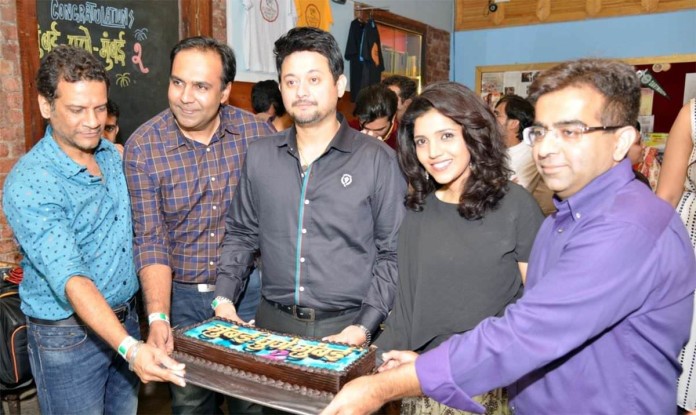 Mumbai Pune Mumbai 2 has been released in Diwali on 12th November and audience welcomed MPM2 with full response. This movie got an awesome response from Maharashtra along with Gujrat, Goa, and Karnataka even from America too. This movie has done very well on box office. The show of MPM2 was held at San Francisco, America on November 22 and 21. The next show will held at Houston on 29th November and in Los Angeles, Detroit and Salt Lake City on 5 and 6 December.

Satish Rajwade said, “I had not thought of it that will be a sequel to the original film but while making MPM2 I felt we could make third part of it. I will not be able to tell about the story of third part but you will surely love third part.”

5 years back Audience gave full support and love to Mumbai Pune Mumbai. This movie has been remakes in many regional languages. Audience wants to see the beautiful duo Swwapnil Joshi and Mukta Barve together.

Satish Rajwade is the intelligent director. He is everyone’s favorite director from his serial Asambhav to till date sequel of Mumbai Pune Mumbai. So in future also whatever he will bring for the audience will be definitely good, true and different. Story of MPM2 written and directed by Satish Rajwade, Screenplay and dialogues written by Ashwini Shende. Most of all, star cast of this movie is like family. Prashant Damle, Mangal Joshi, Suhas Joshi, Vijay Kenkre, Savita Prabhune, Aasavari Joshi, Shruti Marathe every star cast has done fabulous performance.

The more excitements are on the way, don’t you think so? Now its official the best trio Satish Rajwade, Swwapnil Joshi and Mukta Barve will come again in Mumbai Pune Mumbai 3. Enjoy this good news, keep blessing for MPM2 and keep waiting for MPM3.