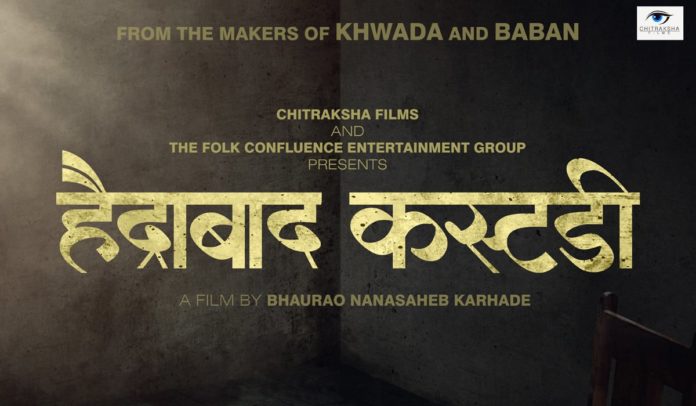 After the super success of ‘Baban’, ‘The Folk Confluence Entertainment’ & ‘Chitraksh Productions’ are bringing us a new film. Also to be directed by Bhaurao Karhade the film was announced officially through the first teaser poster launch on social media. From the title of the film & the poster, one can make out that this film is based on police, jail & prisoners.

Moreover, the police belt is visible on the poster & makes the audience intrigued by the film. The title ‘Hyderabad Custody’ too makes the audience excited about the film & wait for it eagerly. Bhaurao Karhade is a director who is known for his realistic films based in the rural parts. And his films ‘Khwada’ & ‘Baban’ have now created a following for him as a director.

This film is produced by Vitthalrao Nanasaheb Karhade, Pramod Bhaskar Chaudhari, Monali Sandeep Fand, Bhausaheb Shinde, Rajnikant Sadashiv Nimse & Sushila Kanade. As of now nothing much has been revealed about the film. Soon the film is going on floors & the shooting of the film will commence.