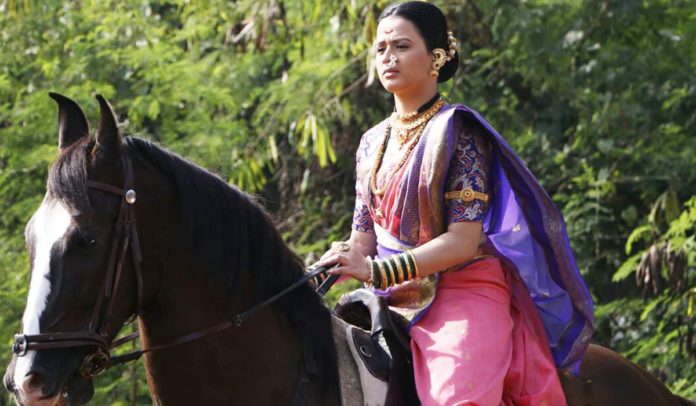 Zee Marathi’s ‘Swarajya Rakshak Sambhaji’ serial has in no time gathered lots of love & appreciation from the audiences. Every character from Sambhaji Maharaj to others like Yesubai are making a connection with the audiences. Yesubai is played by actress Prajakta Gaikwad. Prajakta was trained in horse riding & sword fighting before the shooting of the serial commenced.

Prajakta feels it was a huge responsibility on her part to showcase the art of horse riding & sword fighting in it’s the purest way just as Yesubai would have showcased it! The horses used for the shooting of this serial are trained animals. They are only aware of a fixed race track while running. But in the shoot of Swarajya Rakshak Sambhaji, the horses were made run on an open ground & hence they didn’t stop running even if the shot is completed!

Prajakta too had to ride one such horse just didn’t stop & then the whole unit came together in stopping the horse from running rounds of the open ground! Prajakta says she was even hurt quite a few times during the filming of her sword fighting sequences. But once she gives a perfect shot all the hard work pays off, says Prajakta!