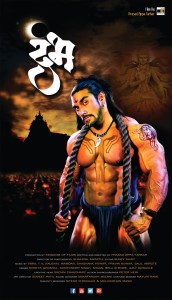 Dambha is an upcoming marathi movie which have action drama genre. Dambha is story based on Adivasi life. Sangram Choughale will be in a lead role in his first marathi debut movie ‘Dambha’.

This movie will give you different way to look at it. It will remember you Hollywood movies Apocalypto, Mr. World, Mr. Universe, Mr. Asia, and Mr. India.

Dambha’s shooting will start in December on the locations at Chikhaldara and will be released in April 2016.