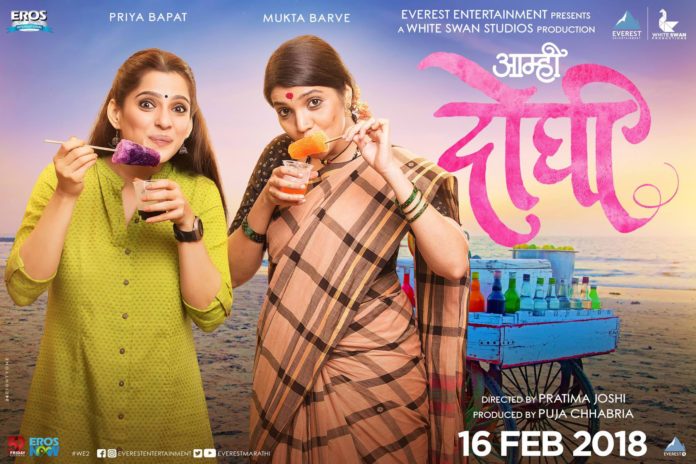 The poster of Mukta Barve & Priya Bapat starrer ‘Aamhi Doghi’ was recently revealed online. The poster so perfectly tells us about Mukta & Priya’s characters in the film! Presented & produced by ‘Everest Entertainment’, ‘Aamhi Doghi’ is set to release on 16th February. This film is directed by actor-costume designer turned director Pratima Joshi.

‘Aamhi Doghi’ is a modern day tale of today’s young women & their relationships. Mother-daughter, father-daughter, the relations between friends & of lovers will be explored in this film. Hence this film will be relatable to all kinds of audiences & especially the younger generation, as the director Pratima Joshi believes. 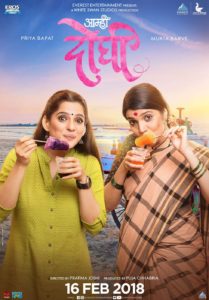 Along with this film Everest Entertainment will also be bringing ‘Mumbai-Pune-Mumbai 3’ in the upcoming year of 2018! Both Mukta Barwe & Priya Bapat have made a connection with the audiences with many of their films & other performances, but watching their chemistry together on the big screen will surely be a treat for the audiences. ‘Amhi Doghi’ releases on 16th February all over Maharashtra!