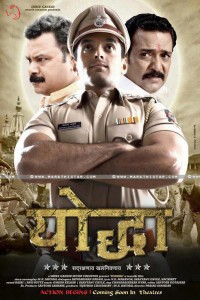 Story : ‘YODDHA” is a story of a modern hero who rises against evil which resides within his own family. It is easy to go on a war with an enemy across the border, but it takes a lot more guts and bravery to wage a war against your own people. To prevail Justice and law in the ever demeaning society. This is the duty and the only life mission of a warrior – YODDHA!