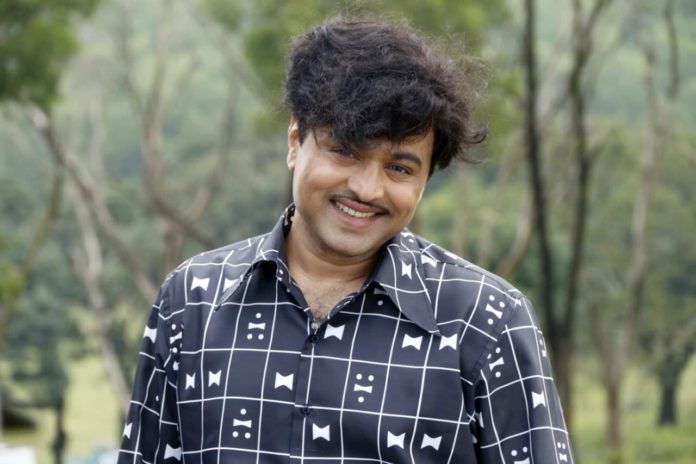 Subodh Bhave is currently on a role, this year he has been ruling on both Marathi cinema & now with the success of ‘Tula Pahate Re’ he has again become a household star who meets the audiences daily through their T.V. But at same time his hugely anticipate biopic of Dr. Kashinath Ghanekar is all set to release this diwali. The trailer of ‘Ani..Dr.Kashinath Ghanekar’ has impressed the audiences & critics all alike & everyone is expecting a huge blockbuster for Marathi cinema this Diwali when the film releases on 8th November! Here’s Subodh Bhave’s views on Theatre & Dr. Kashinath Ghanekar!

Sir, we all are aware that you started your acting career with theatre! Tell us which are your favourite Marathi Plays of all time!

One play I just can’t forget is ‘Dhyanimani’! It starred Shivaji Satam & Neena Kulkarni back then! And then all plays of Satish Tare! I have loved every play that I have seen of his & I have always been a huge fan of his!

Did you get a chance to watch Dr.Kashinath Ghanekar perform live on theatre? Or did you read his plays?

No, I didn’t get the chance. I was in 5th Std. when he died. But I remember one monologue of his from the play ‘Raygadala Jevha Jag Yete’. I used perform that in my program. I hadn’t read his other plays. And for ‘Ani..Dr. Kashinath Ghanekar’ I followed Abhijit Deshpande’s script as he had thoroughly researched on Dr. Ghanekar & his life & his work in theatre!

Now that you’ve played him in the film, you are aware of the characters he played. If you get a chance, which of his characters would you like to play on theatre?

To me the medium isn’t important. Getting to do good characters in any mediums is important! Whether it is cinema or theatre or even serials, to me the character on it’s own is more important & not the medium! If I get a chance to play Dr. Ghanekar’s role in theatre I would surely do it, if time & other things permit me!

Do you think if Dr. Kashinath Ghanekar was alive today & was functioning in today’s modern world of films! What fun would have he had as an actor?

I am not sure if he would have done films had he been working today! Even today he would have done theatre as films didn’t really connect with him. Both biopics that I have done of artists; Bal Gandharva & Dr. Kashinath Ghanekar, never enjoyed working in cinema. Because both of them had a direct connect with the audience, they loved the ‘live’ medium of theatre!