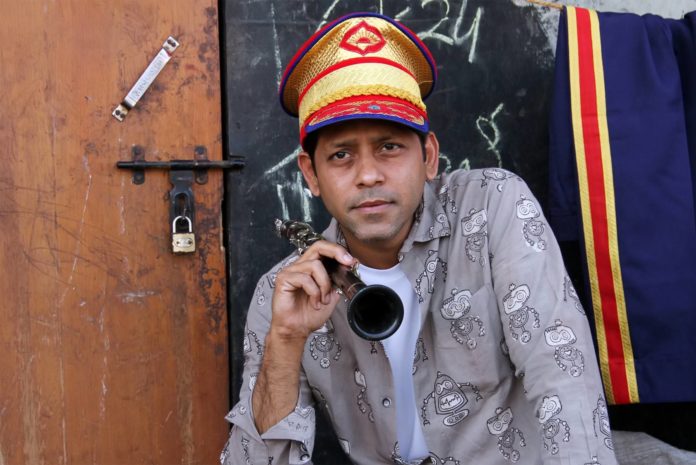 Half Ticket – a film about two brothers struggle to pursue a simple dream releases this weekend. Marathistars.com spoke with Samit Kakkad – the director behind this beautiful film.

Samit started his career as an editor for TV shows, and then he started editing films and then became a director. He is son of the documentary and ad-film maker Amar Kakkad and considers his father as a guru in cinema. Passionate about making good cinema, Samit has give us a hit like Aayna Ka Bayna in the past. Half Ticket stars Shubham More, Vinayak Potdar, Priyanka Bose, Usha Naik, Bhau Kadam, Jaywant Wadkar, Kailash Waghmare, Shashank Shinde, Shrikant Yadav in the lead roles.

Half Ticket has child actors in lead roles. How was your experience of working with these child actors?

It was very interesting and refreshing. The kids have no inhibitions, no tantrums and they are very genuine,. They grasp things faster and can understand the character very well. Most importantly, they can be molded in your desired shape. Whenever any shot happens they give a very natural reaction from their heart because they don’t think too much about other things. Such natural performance look wonderful on the screen and it is better than anybody who has rehearsed. 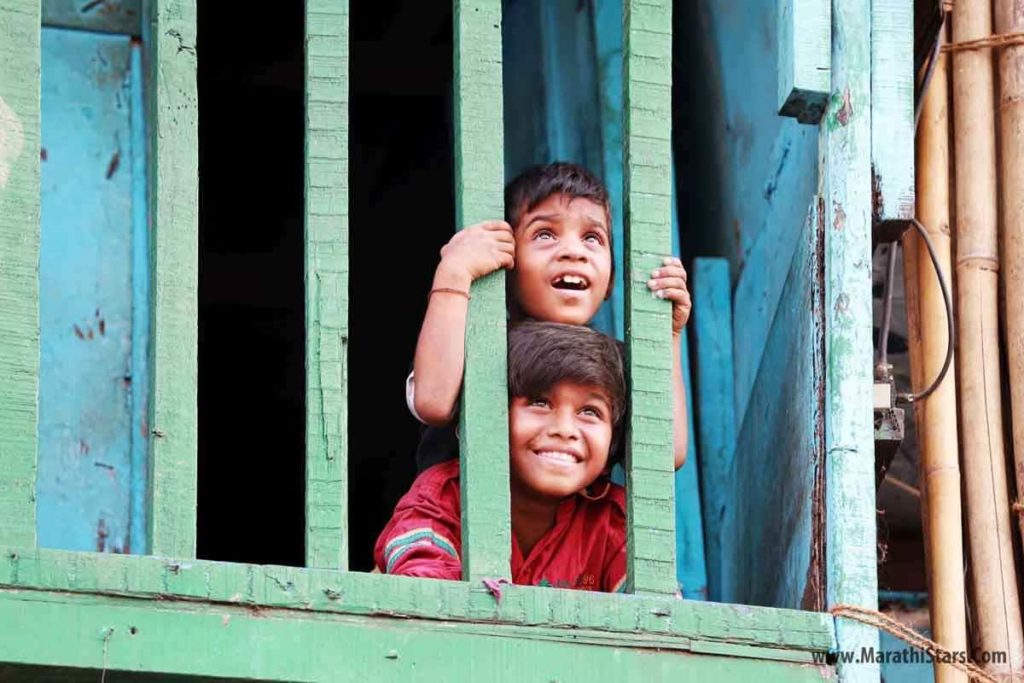 Your first film Aayna Ka Bayna was a superhit and appreciated by critics. The second film will be a remake of a Tamil film. Why you decided to direct a remake?

When the producers came to me and said they want to make this film in Marathi, I was gld. I had already seen the original Tamil film.  While watching the film itself I thought this film should be told in many languages because it is such a universal film. More so, it becomes very apt if the story is placed in Mumbai because it is a story of slum kids.  Mumbai is a city where more than 60% population lives in the slum. The film focuses not on the negativity and hardships of the slum but the positivity of the human relationship and conquering the divide of rich and poor. The best way to tell this story from Mumbai would have been in Marathi. Once the discussions with the producers started everything just fell in place, it was not pre-decided that I will direct a remake, but I wanted to make a good film.

Did you made any changes in the original film for this remake?

I have not played with the soul of this film. Whenever you are making a remake the soul of the original has to be intact. But yes, as the setup was in Mumbai some things were changed. Mumbai is a different city, it is more energetic and it has a very cosmopolitan feel. Also, as we were making this film in Marathi we had to change some context and dialogues. However, we made it sure that soul of the original film would not get hurt due to such changes.

I made another huge change in this film as I used Mumbai not just as a location but more as a character. Along with other characters like these two boys, mother and grandmother, the city also plays a major role in this movie. Taking this decision and making it work in a reverse manner works for the betterment of the film. 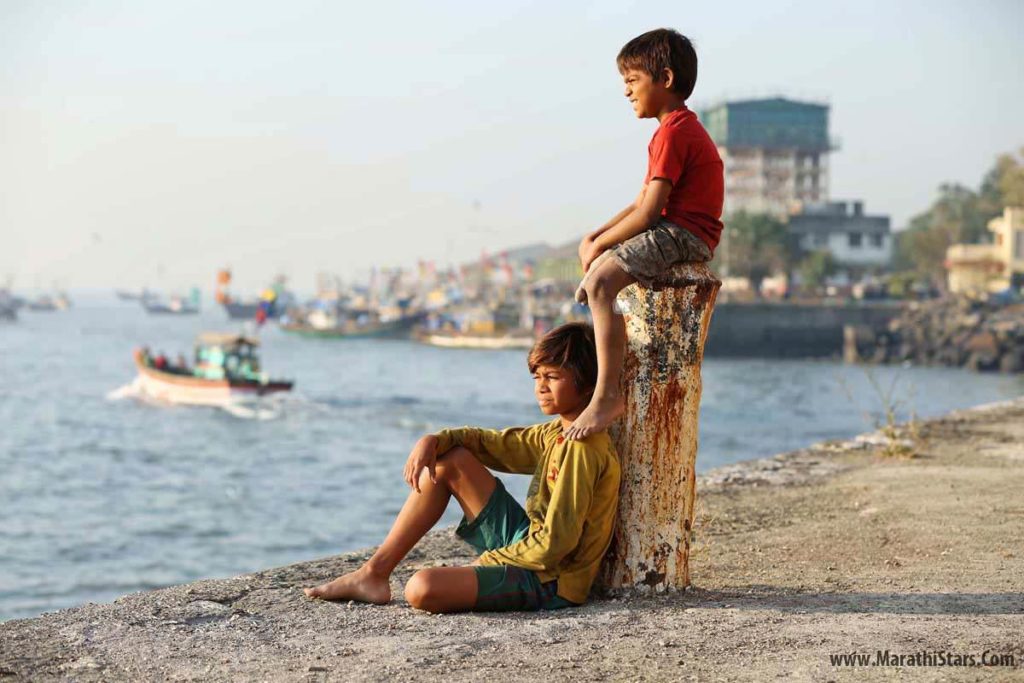 Mumbai definitely looks different in the promos and teasers.

People say that they are looking at different Mumbai in the promos, but I want to state that this is the same Mumbai. People don’t have time to revisit this amazing Old Mumbai. I chose all thse location for shooting because they are part of my growing up. I was born in Matunga and did my schooling at Don Basco.   I spent my childhood in areas like Dharavi, Koyla Bunder and Darukhana. I also went back to my roots, because my grandfather was born into the slums of Darukhana. All these locations have been an integral part of me. I still have many friends in this area and I meet them. Shooting in this area was revisiting my childhood.

Half Ticket has been getting good vibes from the audience. Many Marathi entertainment industry persons have praised the film through their social media platforms.

It feels really good when your colleagues praise your film. Our industry has always been like a family. Most of them are my friends. Everybody wants to promote a good and solid film. It is all about the sharing an equation. That helps us to grow together as an industry.

What will be your next project?

Next film is going to be an action thriller and it will go on the floors by September and it is titled Ek Number. It is produced by Vivek Kajaria who has produced Fandry. The starcast for this film has not been finalized but I will concentrate on it after release of Half Ticket. 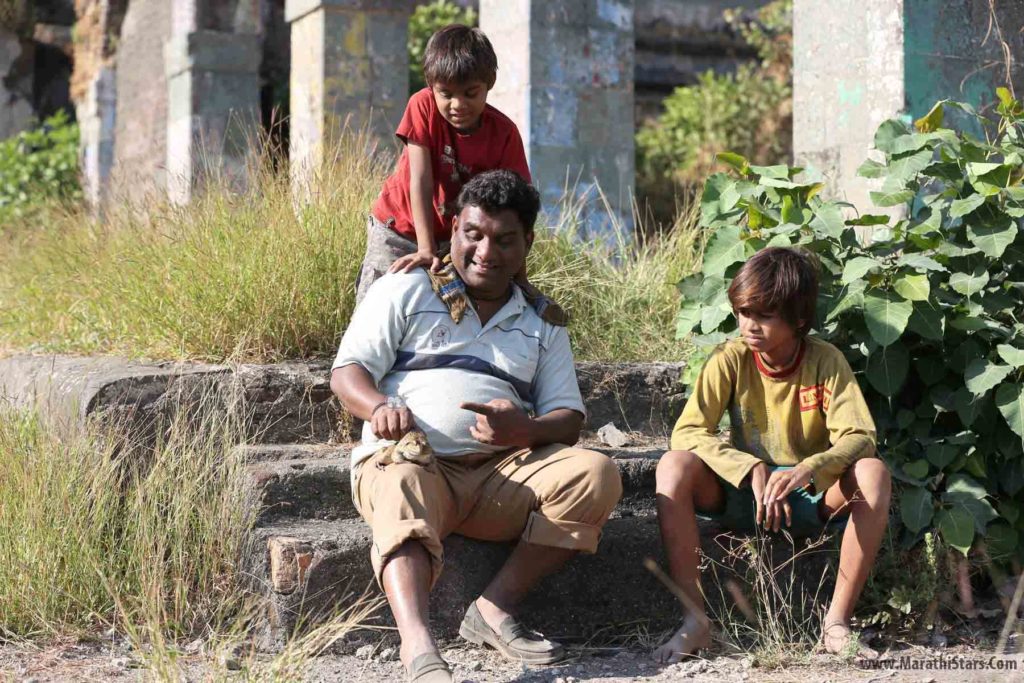 Your first film Aayna Ka Bayna was dubbed for a national television. Do you think this trend will get more revenue for Marathi cinema?

Absolutely! There are always different ways to earn the money but more importantly film should reach more people. We have good content, but if it does not reaches people then it is a wasted opportunity. Nowadays our audience is more evolves and they don’t stick to their language or region to watch good films. If the film is good then it becomes global and universal. Film has not language. Many people from different background can enjoy your film if it has good content.

Thanks Samit for speaking with us. We wish all the best for your release.