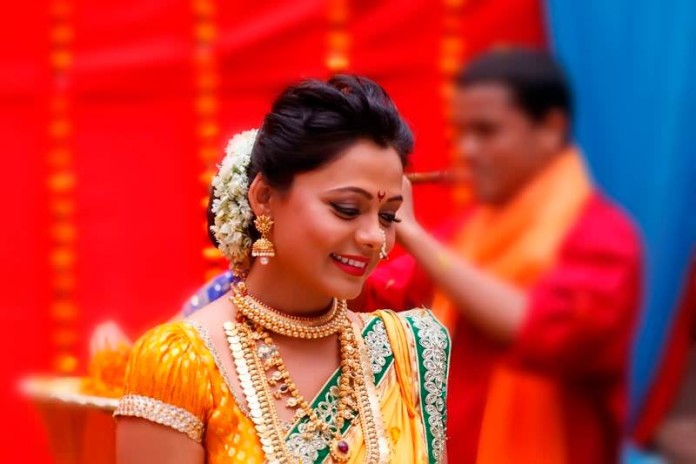 Prarthana Behere has been on the rise after the success of COFFEE ANI BARACH KAHI. Her most ambitious film ‘MR AND MRS SADACHARI’ is about to release and we got talking to Prarthana about her new film:

Prarthana, tell us more about this film.

It is an official remake of Kannada film Mr and Mrs. Ramachari.  The film is a love story between the characters played by me and Vaibhav Tatwavadi. The film is not only a love story but also a story about the relationship between a father and son played by Vaibhav and Mohan Joshi. Uma Sardeshmukh has played Vaibha’s mother in this film.

It was great and I had the opportunity to work with Vaibhav again after we had done a romantic film like COFFEE ANI BARACH KAHI. He is a dear friend and we have a great chemistry on and off the screen.

I am a very strong headed girl who shares a different relationship with her family and that is the exciting part of the film.

How was the experience of working with debutant director Ashish Wagh?

Ashish sir has many years of experience with marketing and distribution. Though he had no prior experience of direction, Ashish was very well versed with the craft of direction and he has made a wonderful film.

Where was the film shot?

The film was extensively shot in Kolhapur and Mauritius.

You started as a journalist and now you are a film star? How was the journey like?

Yes. I remember asking questions like you are doing now and I am very nostalgic about my past and now that I am an actress, I am very happy with my profession.

I have two films coming up which are untitled right now and so I can’t disclose the details yet.