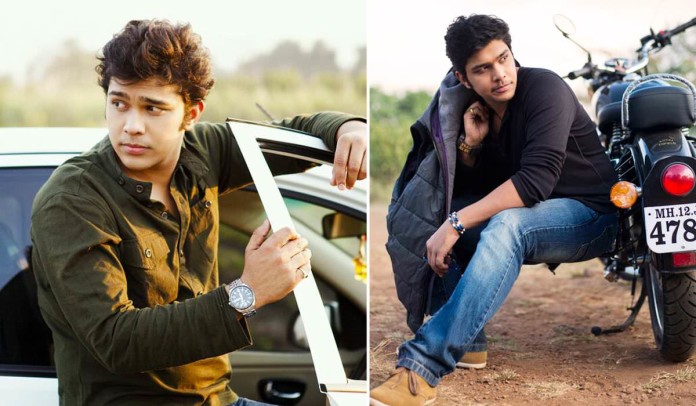 Suyash Tilak, mostly known as Jay from Zee Marathi’s hit serial “Ka Re Durava” recently won an award for Best Couple along with his co-star Suruchi Adarkar. His portrayal of a simple, caring and romantic husband in this serial has been appreciated by the audience. Marathistars.com spoke with his handsome actor about his role in the serial and his interests.

Here are the excerpts from this interview:

You recently won Best Couple Award in Zee Marathi Awards for your role in Ka Re Durava, How does it feel to win an award?

Ans: Ka Re Durava was a different series as it traces the life of an already married couple and their journey. Most of the serials will follow a pattern of “boy meets girl and they fall in love”, however, with Ka Re Durava, it was just opposite. A married and very much in love couple has to live separate life due to some unforeseen circumstances is the main plot of this story. We have to start our journey somewhere in the middle and that was a challenging thing. We were very much apprehensive about whether audience will like such story of a married couple. The previous serial on the same spot was a super-hit “Eka Lagnachee Tisari gosht”, which redefined Marathi serials of this era. We had to match the expectations of this serial.. It was an unexpected surprise for us to know that we have been so successful as a serial and as a character.

Ka Re durava, is a journey of two people. Durava can only come when two people are closer and they separate. Hence, this cannot be a story of one person. So when we won the best couple award it was a satisfactory feeling that we could do justice to the main story of the serial.

Your character “Jay” has already been liked by audience as an understanding and loving husband. But how similar are Jay and Suyash?

They are very much alike. Jay is more romantic, and Suyash is not as patient as Jay. If something is not quite right, I put my opinion very strongly; on the contrary, Jay is very sweet and understanding. While performing this character I have tried to imbibe this trait in my personality as well.

How was your experience of working with Suruchi?

Suruchi does an amazing job on screen! We are good friends and as a co-actor Suruchi always does a wonderful job. While working together it is very important to have a certain level of comfort and understanding between each other. So the working has been very smooth. We discuss our scenes together and give suggestions to each other. The enr=tire atmosphere on the set is very friendly so the work becomes fun.

When people start knowing you as Jay and not Suyash Tilak, does it affect you? 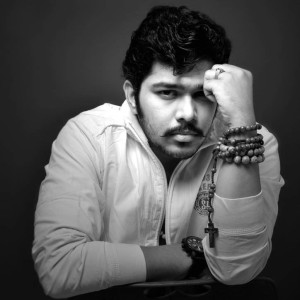 I do not have this regret as Zee Marathi always put not only character names but our real names on different platforms and in its non-fiction programs. Although audience can easily recognize me as Jay, I am sure they will not want me to work in this stereotypical role always. For me, it does not matter whether my name is getting popular or the character’s name is getting popular as long as viewers like my work honestly.

How has been reaction of the set after receiving Best Couple Award?

Whenever you are shooting for daily soaps, you spend more than 20 hours on the sets every day. It is more like spending a largest chunk of your life on these sets, so the relationships become very strong. My entire unit has been very delighted for winning this award. Jay and Aditi receive an award for best couple, but I think this award belongs to each and every member of our team because of their good work we have received so much of love and appreciation. Everybody is focused on work. I am very fortunate that I am working with such nice and talented people.

In Ka Re Durava, Subodh Bhave plays an important role. How does it feel working with him?

I call him dada because he is more like an elder brother to me rather than a co-actor. I have seen Subodhdada since my childhood in his one act plays and he was also my senior at college. I have seen his plays serials and films. Subodhdada is brilliant and intelligent actor; he not only knows the craft of acting but also technical details like where camera is kept and how accordingly his performance should vary. I think this is really great to learn. To watch him on the sets is a learning process itself. As a human being, he is a gem of a person. He always keeps me telling about reading good books, watching good film or plays. He is a pillar of support for me in every way.

He had done a commendable job with Katyar Kaljat Ghusli. This film has a huge archival value as sangeet natak had been our tradition from the past century. He has worked for many years for this film. His hard work has inspirational for me. I wish him best luck for this film and urge all readers to go and watch this amazing film in the theatres.

How did your journey as an actor start?

I became fascinated with the stage since my fourth standard. Our teacher turned our history book in a three act play so that all children could participate and understand history in an interesting way. I played a role of Shivaji for this film. Though I don’t have any background from my home for acting, my mother is a classical Bharatnatyam danseuse and my grandfather used to work in sangeet natak. Unfortunately I have never seen him on the stage. Other than that I do not have any background of acting from my home. However, my journey started through inter-school and inters- collegiate competitions in theatre. Inter-collegiate competition was a huge turning point for me. I participated in all the college festivals and it gave me a utterly new channel and direction to my life. The entire perspective of what I want to achieve became clear for me as I could not even think about doing something else than theatre. Though I was also interested in sports as well, but I preferred cultural activities and theatre. The appreciation you receive after performing on stage, the claps, the ovation gives you a complete satisfaction along with that special feeling makes you work more and more hard.

What are your hobbies?

How do you stay connected with your fans on social media?

First, I never call them as my fans, but as my supporters. These are the people who make us into celebrities. So I make it a point to interact with all of them. I remember when I was a young boy and used to meet these actors, they used to speak with me, even just a line, that special feeling was awesome. So I try to do same with my supporters. Even on social media, I make it a point to reply most of the comments. Even if these are negative comments, I reply to them, as I think being active on social media means acknowledging every type of criticism. I handle all my official accounts. I personally reply to most of the comments- excluding very personal questions and spammers. Social media gives a chance to express everyone, that’s the beauty of it. I have seen most of my friends getting very aggressive or rude while interacting on social media. I think that is unnecessary because if somebody is just trolling you can ignore that person. There are sarcastic comments, you may choose to ignore such comments, delete them, or react to them gracefully. You have to show some respect to anyone. At the same time, people should not abuse the freedom of opinion. Commenting on personal things and demeaning comments are a big no-no for me.

What are your future projects?

Ans: I am doing an experimental theater for which the details will be announced very soon. Other than that, Ka Re durava has been taking my most of the time and energy, so once this serial is over, I will start thinking about other opportunities. Apart from this, I have also done a music video for Somesh Narvekar’s Tya Sanj Kinaryapashi which has been released on social media websites.

How much your personal life is affected when you are working as a lead role in a daily serial? 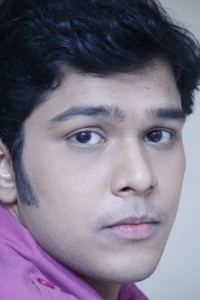 Your life becomes surrounded by work. The daily timings start taking toll on your entire lifestyle. My family stays in Pune and I have been staying in Mumbai for past few years so I have to constantly travel between Pune and Mumbai. I cannot participate in simple family functions, meeting with friends as my shooting times are not regular. You hardly get eight nine days in a month when you are not working. So a break is always welcome. Many times I feel that shooting should be done in regular hours, everyone should be able to get some free time however, I am aware that it is not possible as there are many constraints and restrictions on the production house and the channel.

What is your fitness routine?

I just try to get good sleep of six-seven hours of sleep. There is no time to go for jogging or gym, so I prefer doing some light exercises. I am not interested in developing six-pack abs and heavy exercises, as it tends to get some adverse effects in the future. I drink lots of water and eat good home-made healthy food. I try to keep a proper schedule for the food and avoid spicy and oily food.

Suyash, Thanks for speaking with us. We wish you best luck for all your future projects!