Tell us something about your background.

I am a gynecologist by profession and have produced a few plays and ‘A Dot Com Mom’ is my first film production and directorial venture. I have even choreographed for the film.

It’s about a mother played by me who has to shift to US and how she finds life there . This mother goes to the foreign country because of her son’s constant insistence and what happens when the mother moves to America and has a difficult time is shown in a humorous way in this movie. We can see how this mother tries to tackle situation wherein on one side her modern daughter in law and on another side the burden of her son’s expectations. The film shows how the mother scurries between her son and daughter in law.

The USP of the film is that it is the first film to be shot entirely in the US. 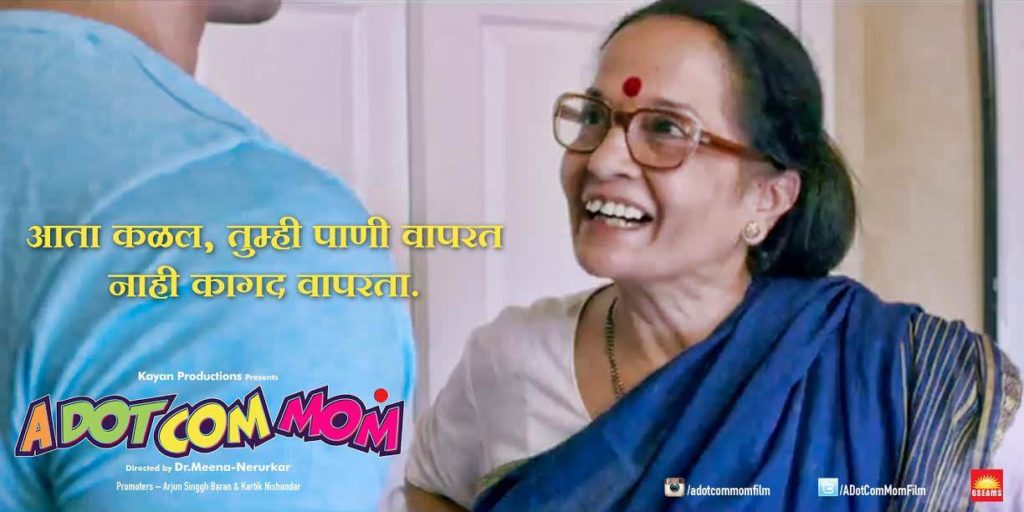 What are the other credits of the film?

Along with the Production of the movie, I have also undertaken Dialogue writing, Lyrics, Choreography and Direction of the film. Sunil Jadhav is the editor of the movie and the Cinematography is handled by Vinayak Radhakrishna and Haider Bilgrami. Along with music legends like Sudhir Phadke, Ashok Patki and N. Datta, Neel Nadkarni and Prateek Shah have given their contribution in the music direction for the movie. The lyrics penned by Jagdish Khebudkar, Dr. Mina Nerurkar and Neel Nadkarni are sung by Devaki Pandit, Neel Nadkarni, Nida, Neelaja Ankrom. The movie is produced under the Kayan Productions banner and the presenters are Arjun Singh Baran and Kartik Nishandar of GSEASM. Sai Gundewar plays my son in the film.

What is your marketing strategy for the film?

I have made this film keeping in mind the US audiences which I feel is the core audience of the film and Sameer Wankhede is releasing and Marketing this film in Indian centers.

What is the approximate budget of the film?

The film has cost me almost two crores.