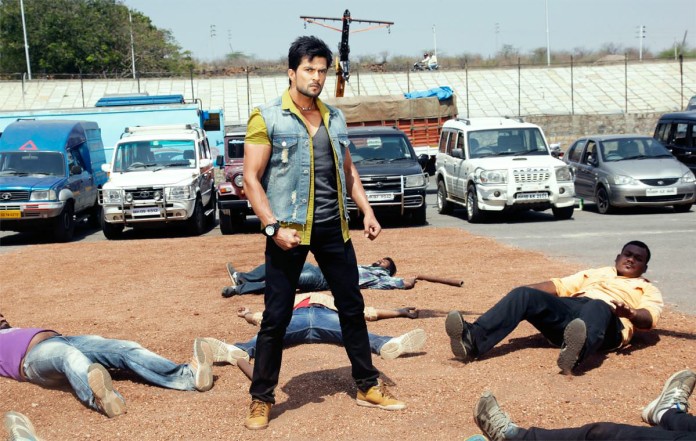 Raqesh Bapat has done some amazing stunts in his upcoming Vrundavan. As most of the action sequences are done by him without using any body double, the shoot was very exhausting for him. While shooting a very difficult shot, his leg was injured very badly. However, Raqesh was so engrossed with his shots; he did not even realize the pain. After some grueling forty minutes of fight scene shooting, Raqesh could even stand. The unit thought that his bone must have fractured while jumping on a concrete wall. The shooting was stopped and Raqesh was taken to a nearby hospital immediately.

The shooting was scheduled in Ayush resort of Panvel. Producers decided to postpone the schedule but considering other co-actors shooting schedule Raqesh decided to resume the shoot. Of course, the doctors gave him permission to shoot as the bone was not fractured.

The film stars Pooja Sawant and Vaidehi Parsurami along with Raqesh and will be releasing on 8 April all over Maharashtra.