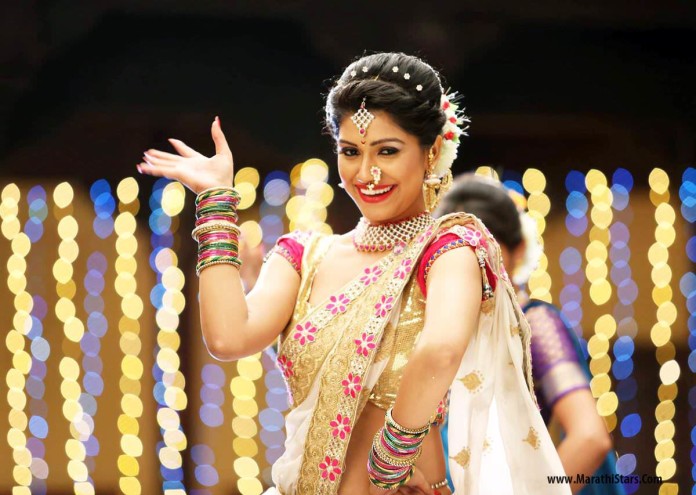 Lavani and new face of Marathi film industry is kind of best combination of perfect performance.  This same thing happened in ‘Poshter Girl’s lavani ‘Kashyala Lavato Naat’.  The new face of M-Town Rasika Sunil performed on this lavani and she has stolen everyone’s heart with her graceful performance. Dressed in heavy Navvari Sari, Rasika has surprised the audiences with her stunning looks and awesome dance moves. Lavani is the well-known folk dance which is a combination of traditional song and dance, mostly performed to the beats of Dholki. Lavani has been entertaining us since ages. This dance form has always come across the audiences through Marathi movies. Rasika Sunil performed on this lavani very well and this lavani is recorded in Bela Shende’s melodious voice and it’s been choreographed by the very talented Phulwa Khamkar.

Rasika dazzled the dance floor and has given total justice to the song with her amazing expressions and amazing performance. This dance number has become popular within a short span of time. This new face in M – Town seems promising. Rasika started her career in Marathi film industry with a bang, audience will definitely like to see her on the big screen in near future.