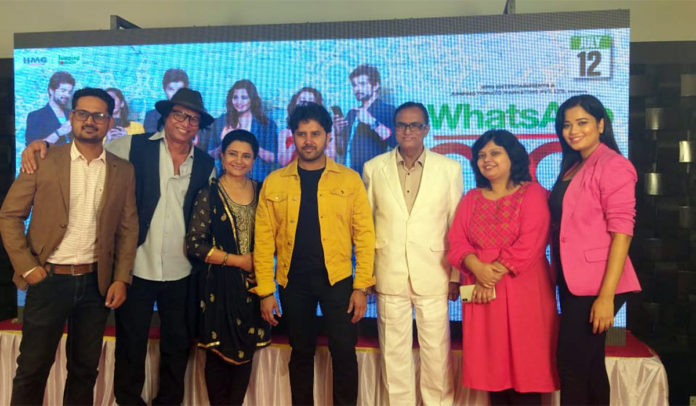 Popular as ‘Concert King’ Hemantkumar Mahale is a well known name in the music industry. But now he has taken a new path of producing Marathi films. And his first Marathi film ‘Whatsapp Love‘ starring the like of Raqesh Bapat, Anuja Sathe, Irani actress Sareh Far & others is all set to release in theatres on 12th of July!

True to the tag of ‘Concert King’ Whatsapp Love’s music album has 5 songs of different kind and all of them are sweet to the ears! Popular singers like Javed Ali, Shreya Ghoshal, Sufi singer Shabab Sabri and the legend of music Asha Bhosale have sung these songs! Music director Nitin Shankar has composed all these songs. These songs were revealed in an exclusive music launch event.

The film deals with the subject of extra marital affair set in today’s modern times of Whatsapp and social media! The film projects a conflict between love and lust and tries to go deep into the idea of true love! The film also presents itself as a psychological thriller in a way! So make sure you watch the film in theatres from 12th of July!