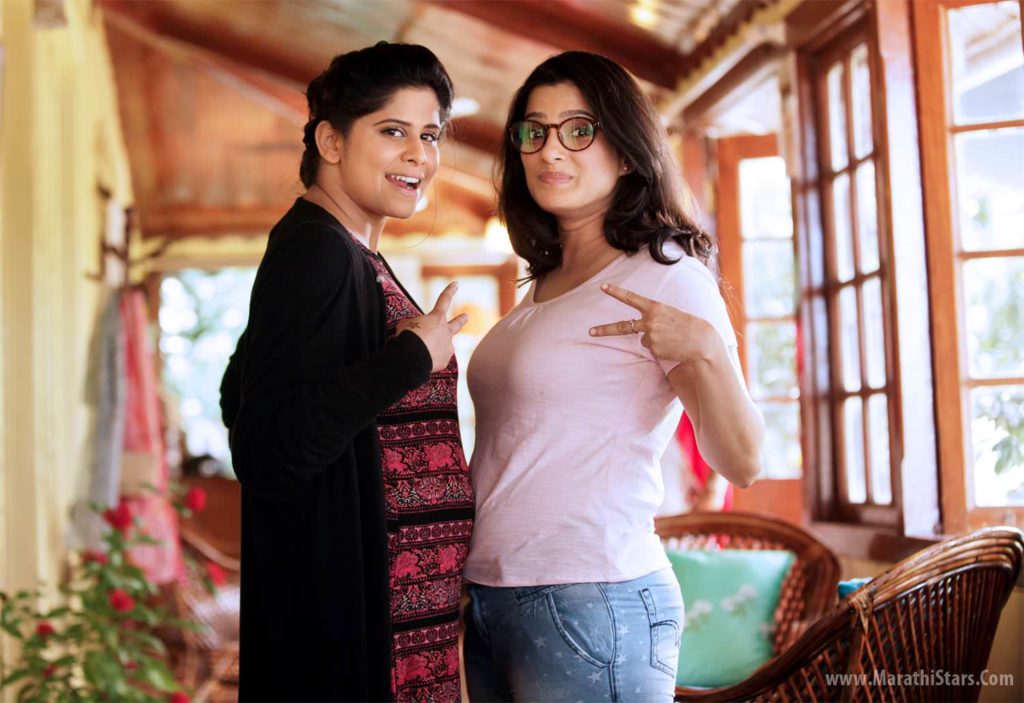 Landmarc Films’ Vidhi Kasliwal has produced this film. Along with the direction Sachin himself has wrote the story, screenplay & dialogues of this film. Apart from Priya & Sai, the film also stars Siddharth Chandekar, Chirag Patil & Chetan Chitnis. Chirag Patil will be making his debut in this film. The film’s usp is it’s fresh look & a unique theme.

Both Priya & Sai have put on weight to fit into these characters. However in the film you’ll also see the characters getting transformed. But this process of transformation has a twist to it. That twist can only be enjoyed when the film releases. From the trailer we can definitely make out that even though both Sai & Priya are overweight, their characters are different from each other, hence it will be exciting to watch their chemistry in the film.

The film releases on 11th November, which means during the festive season of Diwali. The film’s trailer will excite all the foodies as well & watching this film during the ultimate food festival i.e. Diwali will be a double treat for the audiences!